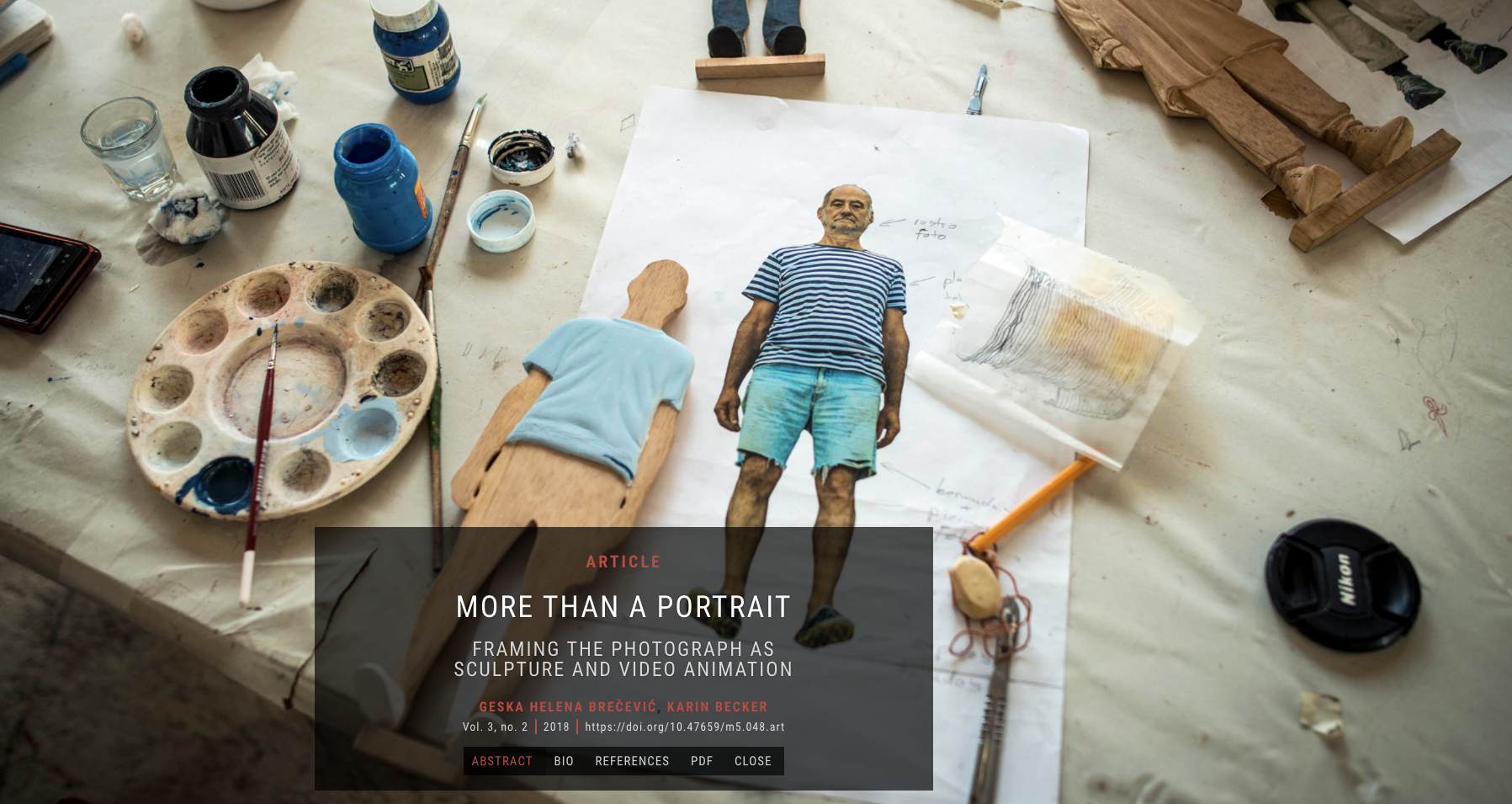 More Than a Portrait: Framing the Photograph as Sculpture and Video Animation

Membrana issue 3 with the theme "Backdrop" features articles that in different ways address the photographer's studio backdrop and how it can serve as a background, a frame, an ideological grid – artistic and scientific – on which the object of interest, desire or investigation itself are superimposed, thus delineating, exposing, accentuating its features. In our text, we write about the foto-escultura and the frame as parergon.

In "More Than a Portrait: Framing the Photograph as Sculpture and Video Animation", Karin Becker and Geska Helena Brečević trace the resurrection of the fotoescultura, a three-dimensional photographic portrait popular in rural Mexico in the early 20th century, as interpreted in recent works by Performing Pictures. The early fotoesculturas were an augmented form of portraiture, commissioned by family members who supplied photographs that artisans in Mexico City converted into framed sculptural portraits for display on family altars. We compare these 'traditional' photographic objects with 'new' digital forms of video animation on screen and in the public space that characterize Performing Pictures work, and explore how the fotoescultura inspired new incarnations of their series Men that Fall. At the intersection between the material aspects of a 'traditional' vernacular art form and 'new”' media art, we identify a photographic aesthetic that shifts from seeing and perceiving to physical engagement, and discuss how the frame and its parergon augment the photographic gaze. The essay is accompanied by photos and video stills from Performing Pictures’ film poem Dreaming the Memories of Now (2018), depicting their work with the fotoesculturas.

You can read the entire issue (with subscription) here, or download a pdf below. 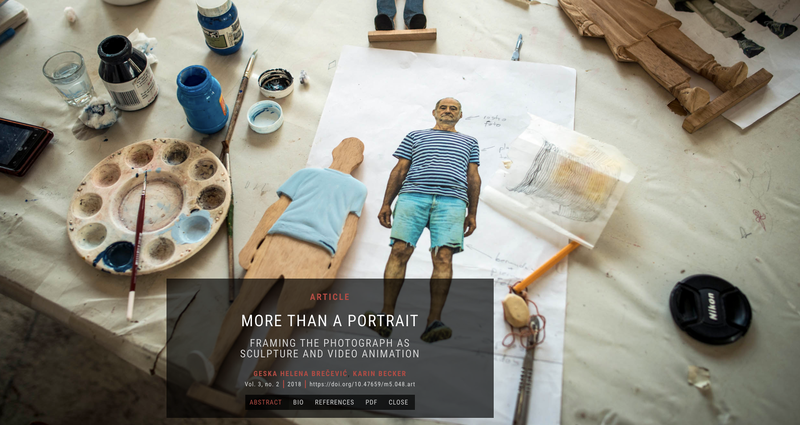