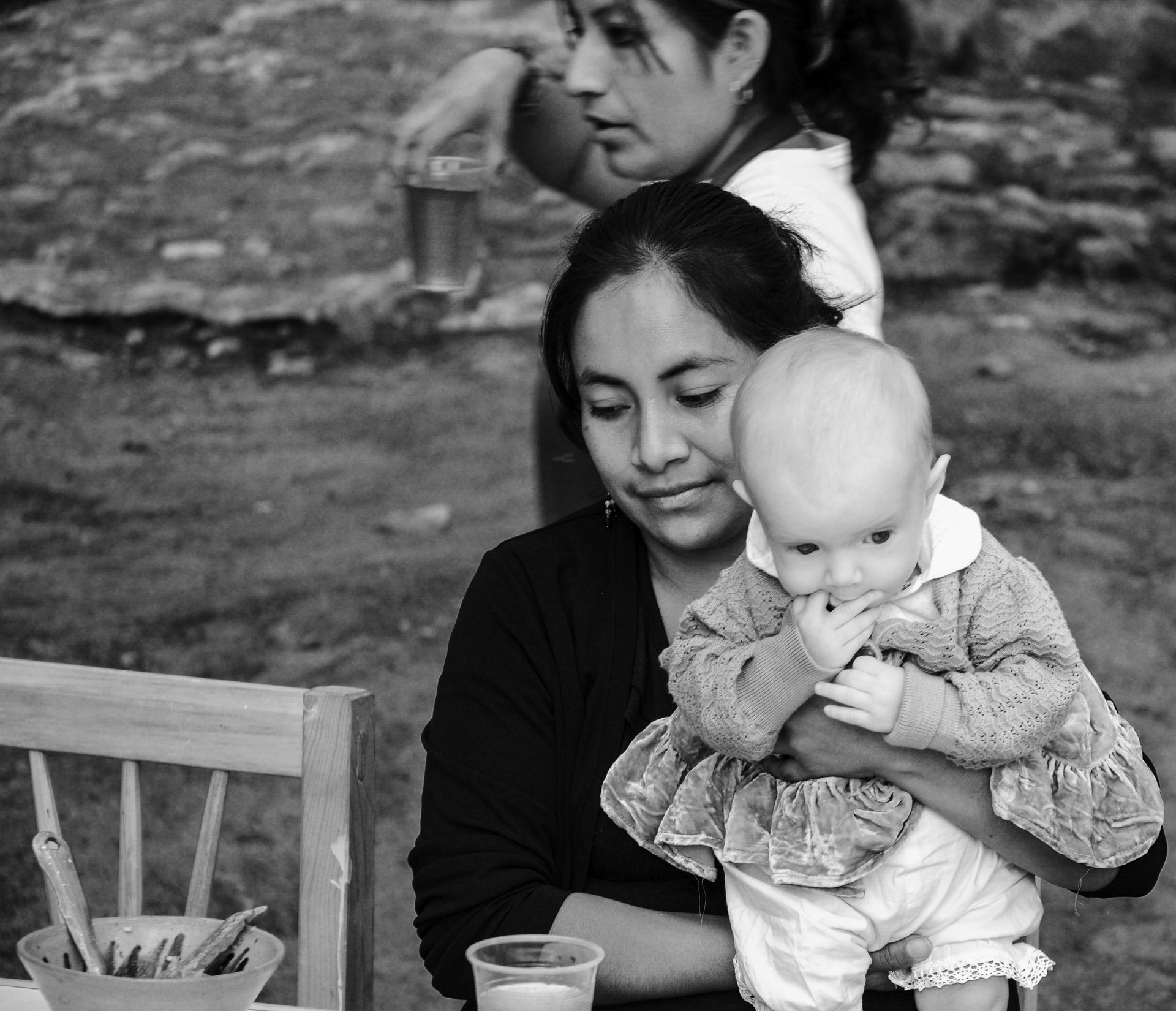 Through jokes we conceal a growing conviction that newborns could in fact experience existential pain. Our wrongful presumption is not in treating child psychology as magical thinking, but in believing that ours is a problem that does not concern anyone else.

DEFINITION Originally an anthropological concept that analyses the existential conditions involved in the usage of magic, based primarily on practices in southern Italy of the 1950's, such as mourning rituals, trance, possession, and tarantism.

A decade ago our artistic work took an unexpected turn as we began collaborating with craftworkers in rural Mexico, building roadside chapels and producing video shrines that set saints in motion. The concern with impermanence (migration, the severing of communal ties, unsustainable local economy), the notion of “being acted upon”, the struggle to structure one’s presence in a world where “the other” becomes more and more prominent, is palpable in Santa Ana Zegache and among other indigenous communities of southern Mexico.[1]

As we work, our daughter, Katja, is screaming, making painful noises—a chronic condition. A baby with stomach aches—or as we become more and more convinced: the existential anxiety of a newborn—will take its toll on the parents. No sleep at night and the aspiration to do a good job during the day. Pushed to the limits of physical endurance, we start to experience flashes of unreality and get carried away by the evaporating boundaries between wakefulness and sleep. We perceive the loss of presence as a strictly private drama, something that concerns us alone as individuals. At least there are the two of us.

Communities, as well as individuals, can endure what the Italian anthropologist and historian of religions Ernesto de Martino (1956), called a “crisis of presence”, in which the ties between present and future come undone.

Crisi della presenza signifies the failure of the Hegelian synthesis, where past and present events should propel into the future. Tomorrow will come, but it will appear disconnected and haphazard. The falling out of history is overcome through ritual as an even bigger step out of history, thus reclaiming the historicity of everyday life. “I want to believe”, is a well-known quote from the X-files—it anticipates belief as an act of Annunciation.

The sense of personal agency is undermined as every task in the entire operation becomes reactive. Attending to a screaming baby 24 hours a day, never recuperating any strength while running a demanding project turns out to be a far too ambitious endeavor.

De Martino defines “crisis of presence” as a condition in which the subject is put at risk by traumatic experiences such as displacement and distress. The loss of “domestic references” and “signs of meaning” are events that can undermine the presence of the self, leading to a growing sense of disorientation. What de Martino is referring to are the social and existential experiences of subjugation, migration, and alienation, which force the subject to face his/her crisis as an autonomous and defined presence in the world. Magical rituals often come into play in such situations in order to surmount the passivity brought on by alienation.

Through jokes we conceal a growing conviction that newborns could in fact experience existential pain. Our wrongful presumption is not in treating child psychology as magical thinking, but in believing that ours is a problem that does not concern anyone else. You see, what de Martino and many other progressive/radical ethnographers of his era did, was to seek access to communities that failed to allocate the 'drama of presence' into the private sphere. And here we find ourselves, in fact, part of such a community that treats existential ailments as a general concern.

Our co-workers—the entire pueblo in fact—have been observing the artist/parent-couple flailing in grave despair. A committee of concerned pueblans approaches us suggesting a solution, a so-called limpia: a cleansing ritual that would fix all our problems. The presence of a white baby in this setting, they suggest, may have stirred some unwarranted emotions—covetousness, envy or other dark sentiments—which might well have led to the casting of the evil eye.

We agree to the traditional cleansing (as long as it does not involve the baby ingesting any substances). An egg, a handful of basil, rubbing alcohol and the father's undershirt are the topical ingredients in the ritual performed by an elderly woman from the pueblo.

The text was published in the peer-reviewed journal entanglements - experiments in multi-modal ethnography. This is the first extract published from our forthcoming book A post-liminal script and explanatory notes on a film called Dreaming The Memories of Now. 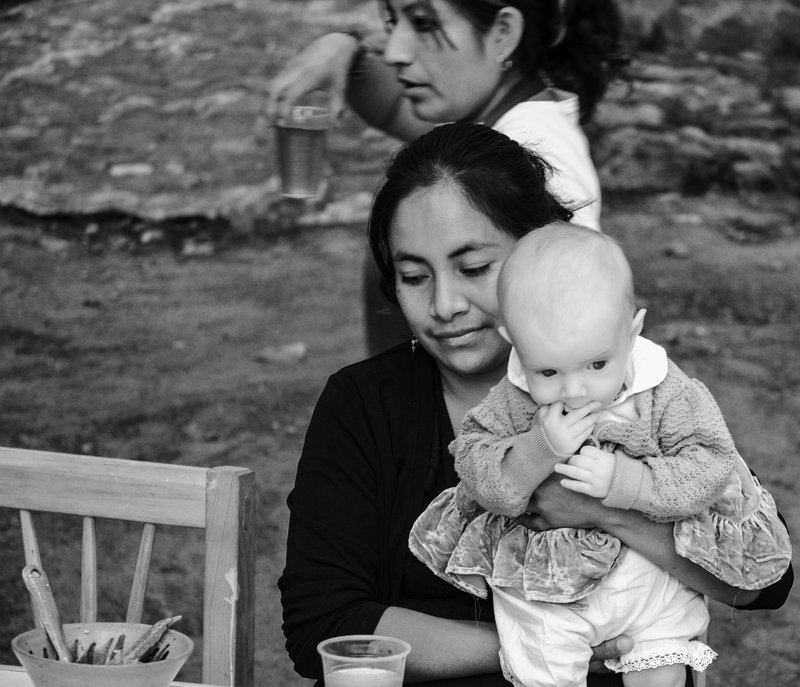