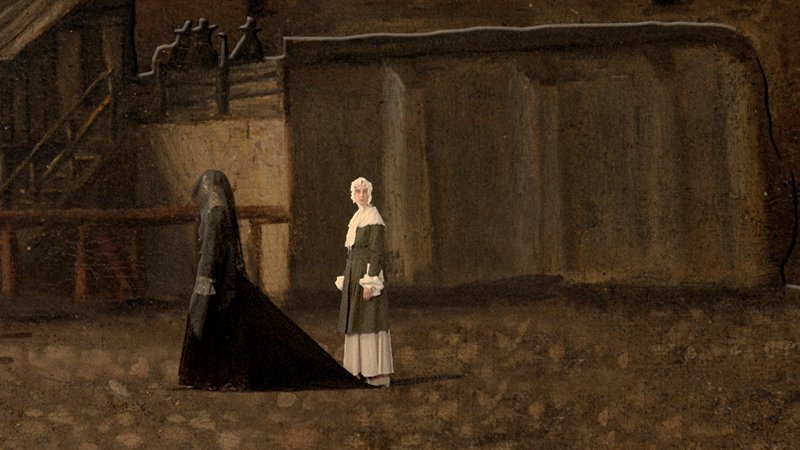 The Castle (2008) is set in 1660, late in the afternoon right after the death of the Swedish king Karl Gustav X. In the sky above the castle, dark clouds are hastily gathering. In front of the castle there are people moving around, but who are they? And what are they doing?

The Castle conveys an entertaining and novel experience of a 17th-century painting of the old royal castle at Stockholm City Museum. The peep box is a part of the museum’s permanent collection and was placed next to the original oil painting by the Dutch painter Govert Camphuysen and a miniature model of the old castle from the 1930s.

Through the peep box, the painting is brought to life by using layers of video, animation and sound. It is a modern interpretation of a peep show, set in a traditional 17th-century style wooden box. One side of the box displays a replica of the painting. In the middle of the image, the visitor finds a small peeping hole. When looking into the box through the image, a stage-like setup of the painting is revealed. 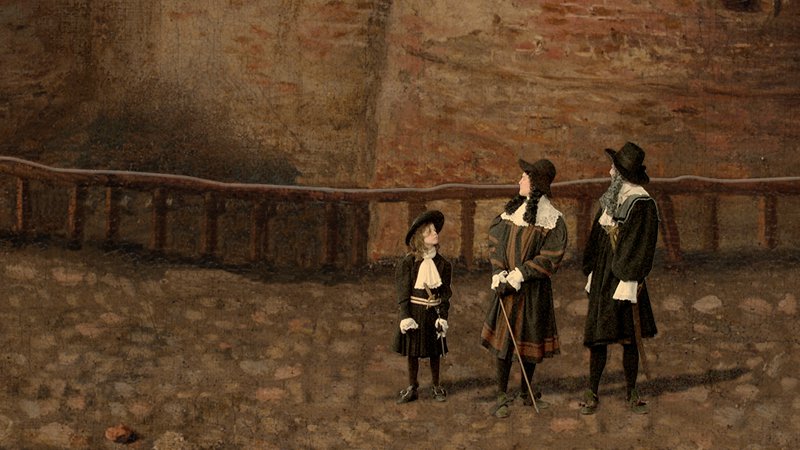 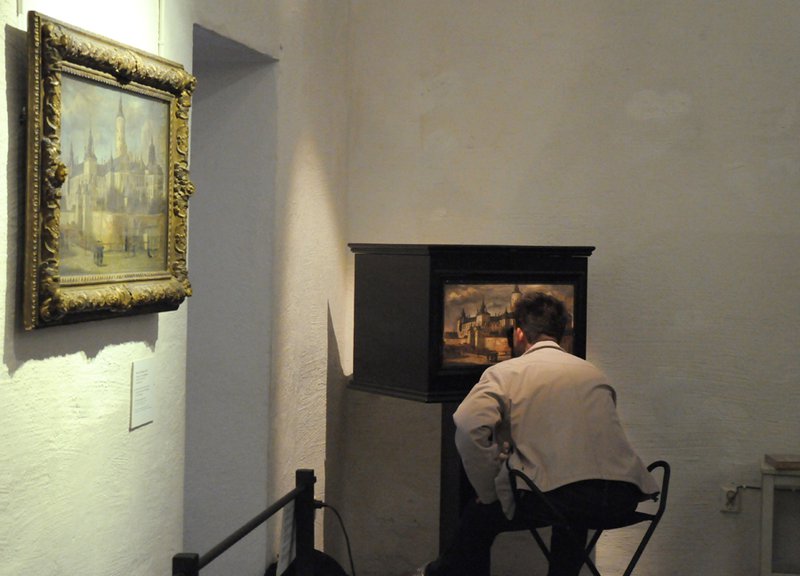 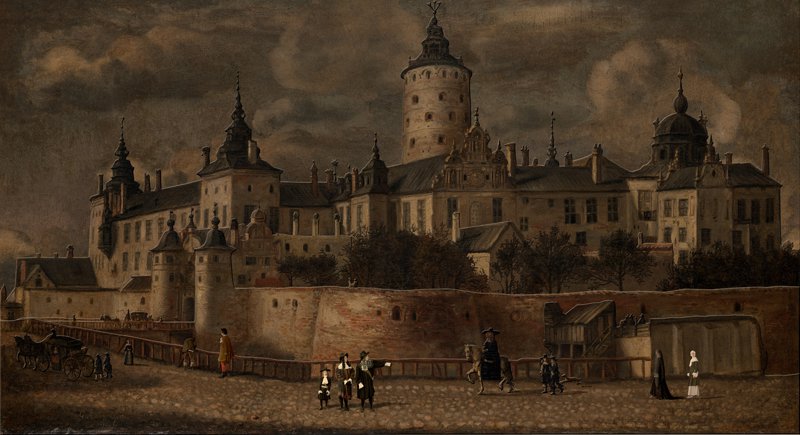 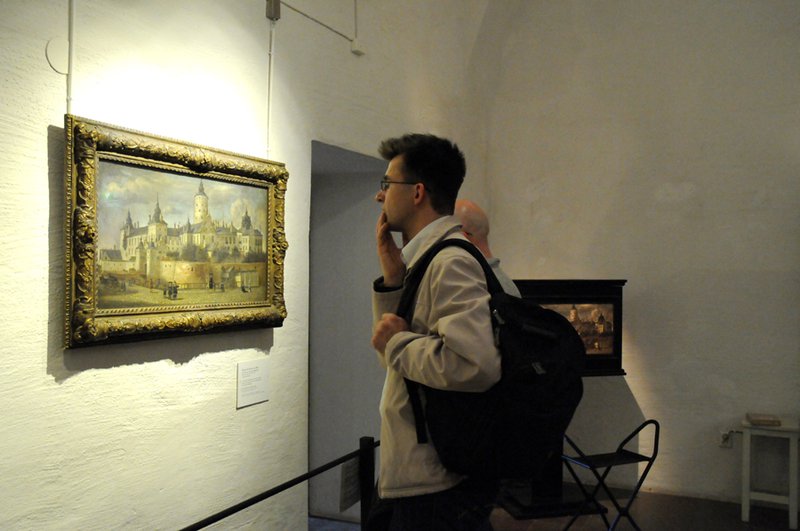 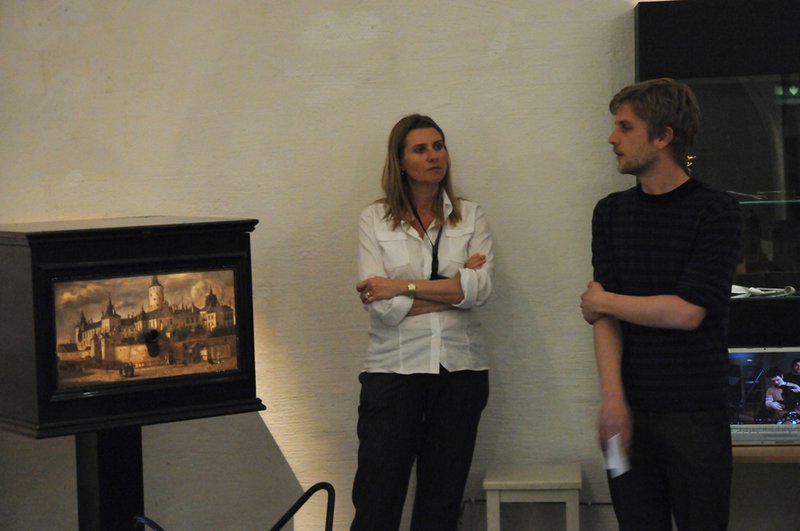 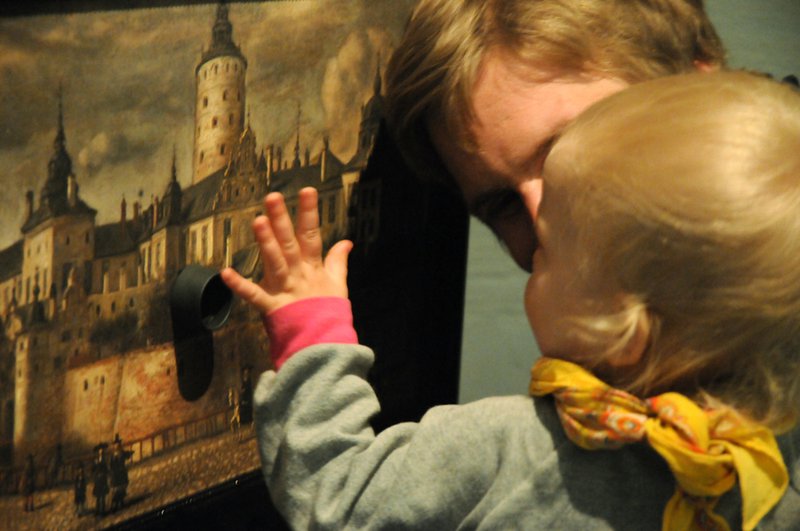