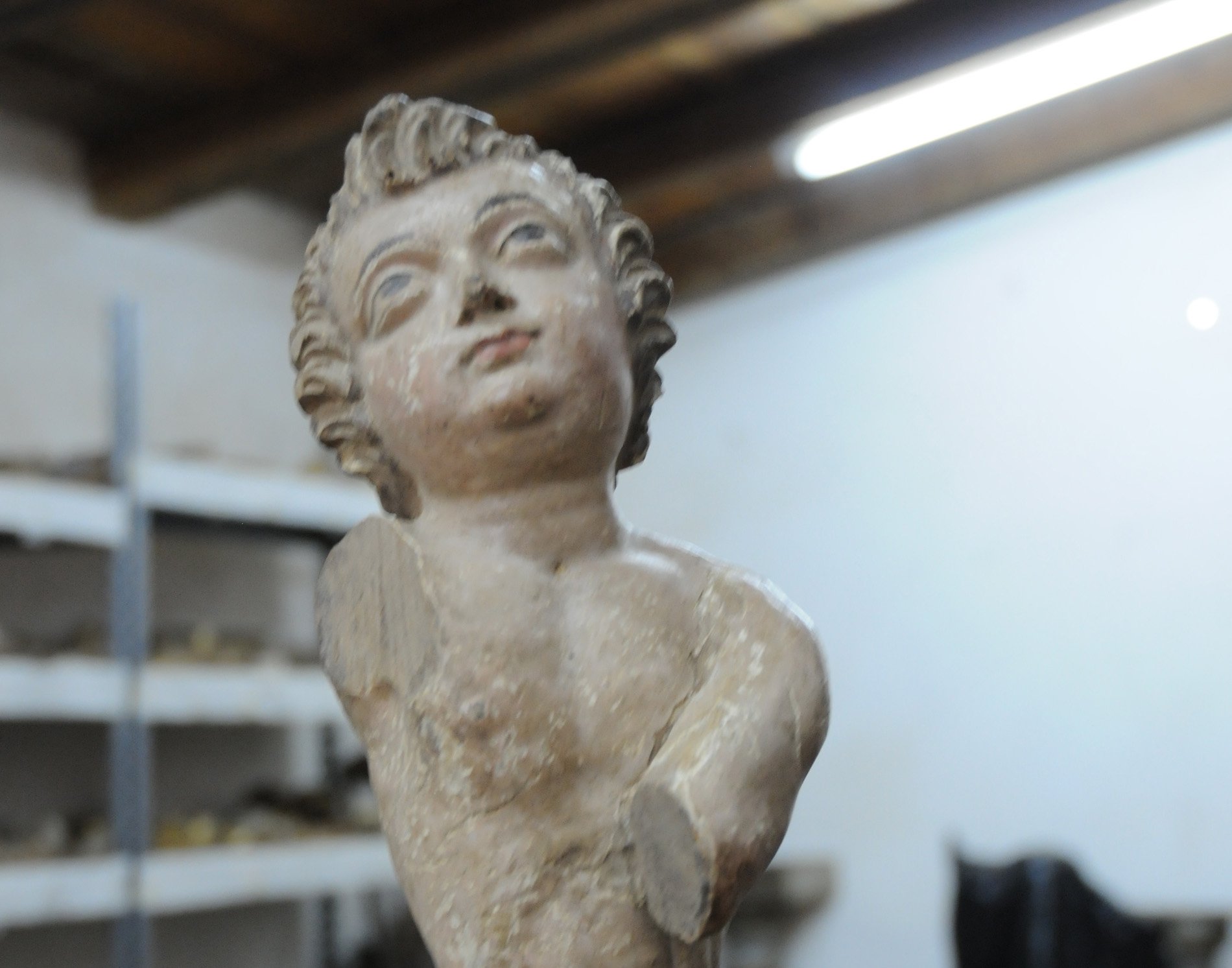 We couldn't resist coming back. This time with pinhole cameras and a lost and found Cherub. In March 2011 we were able to return to Oaxaca and the little pueblo Zegache, Sta Ana, where we initiated the Transformaciones collaboration with Talleres Comunitarios de Zegache in 2009.

With the support of Konstnärsnämnden and Stockholms Stads Kulturförvaltning we embarked on a 2 week stay with the purpose of preparing a project application. Of course our stay did not only include networking, writing applications and laying out schedules, but also hands-on-preparations by artistic interventions. Equipped with a Noon Pinhole Camera, a lost-and-found cherub from the Sta Ana Church in Zegache we made a 35 frames pinhole camera animation of a rotating Cherub. The little angel with the unclear past had to be restored before photographed. In addition to this, one of the artisans, Chiquis, constructed a nifty little platform for spinning it around its own axis. The Cherub's feet got a new pair of wooden clogs, making him/her stand upright without having to attach him with screws.

The workshop went on for 2 days and it introduced pinhole camera photography as well as dark room work. Together with the Georgina Saldaña Wonchee (director of the Talleres Comunitarios de Zegache) artisans we developed a small shrine (nicho) for laid-off IPhones/Pods. The aim with this artifact is to give your personal consumer electronics longer life - people tend to throw away their iphones or ipods after a while, buying a more recent one. The phone/pod can rest in peace forever in the little graveyard shrine. For those who still use their Iphones/Ipods the shrine can be used as a charger ;). We made a small Iphone app out of the spinning Cherub, which will be included when buying a shrine/nicho from the Talleres.

Finally we made some portraits of each other. As an additional project we put it on ourselves to make a mirror for the Talleres - featuring an appearing and vanishing Alma de Maria through the mirror glass. More to come..... 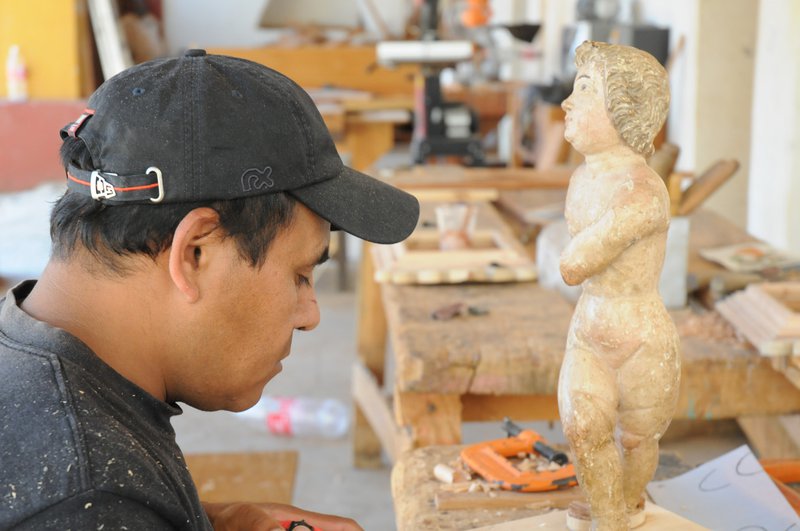 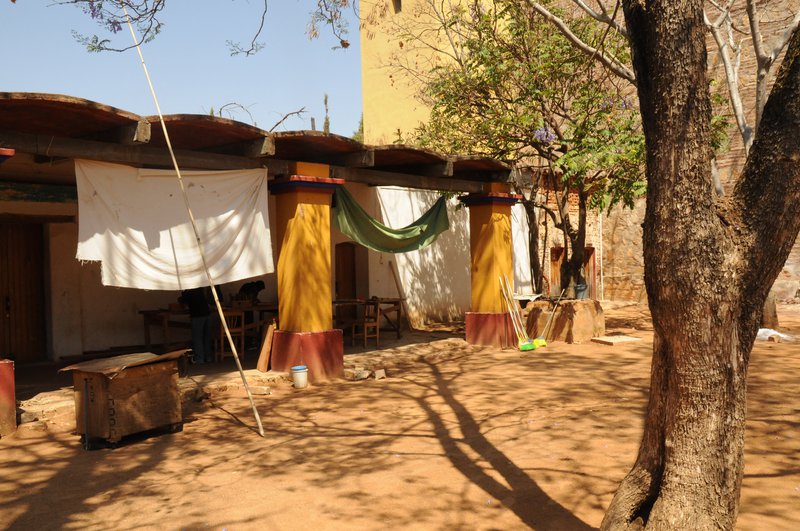 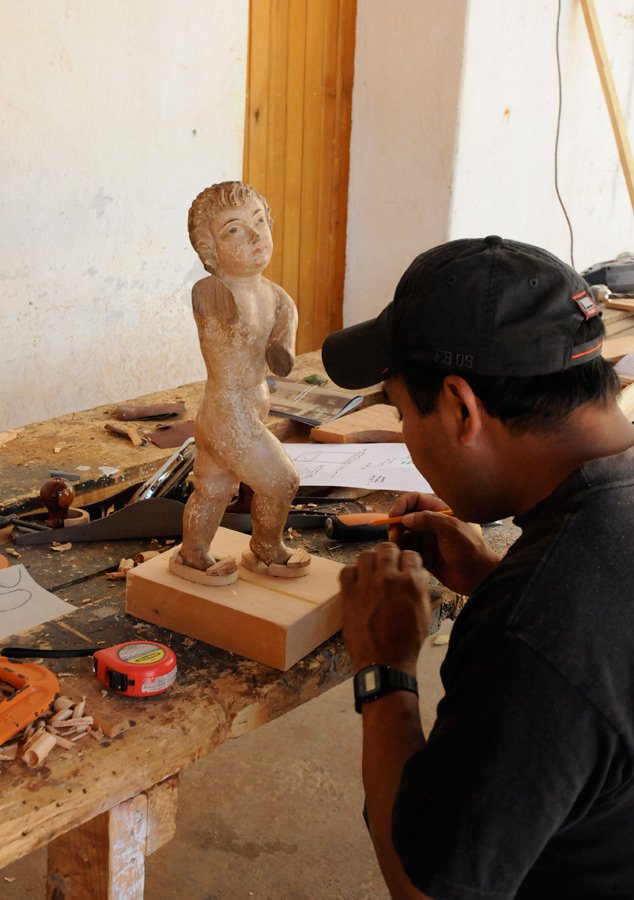 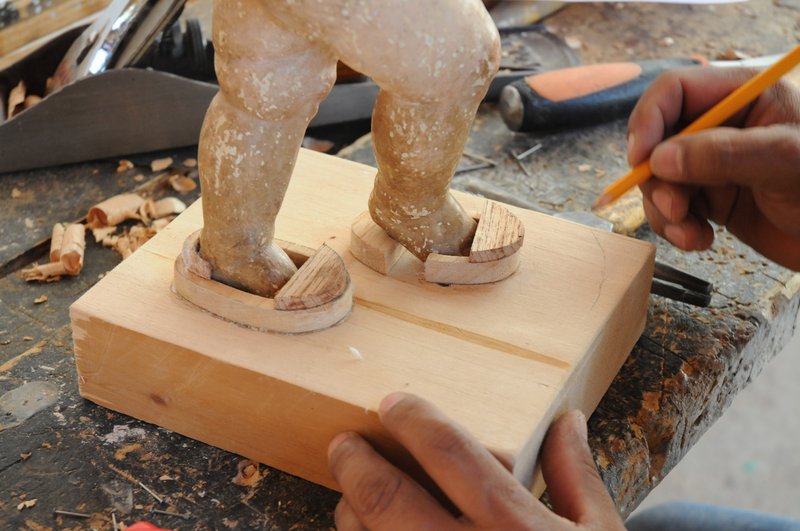 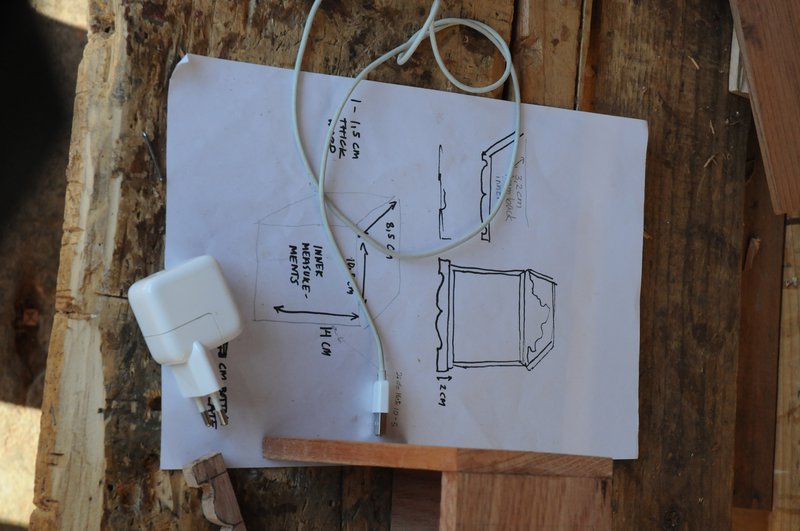 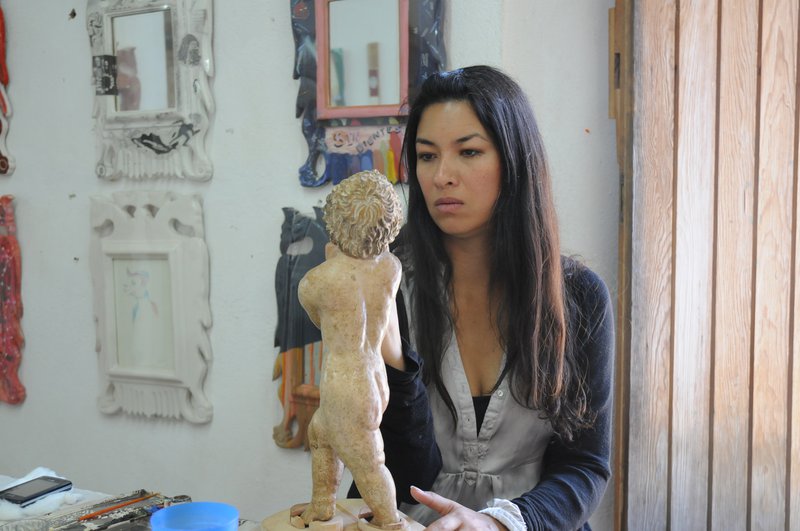 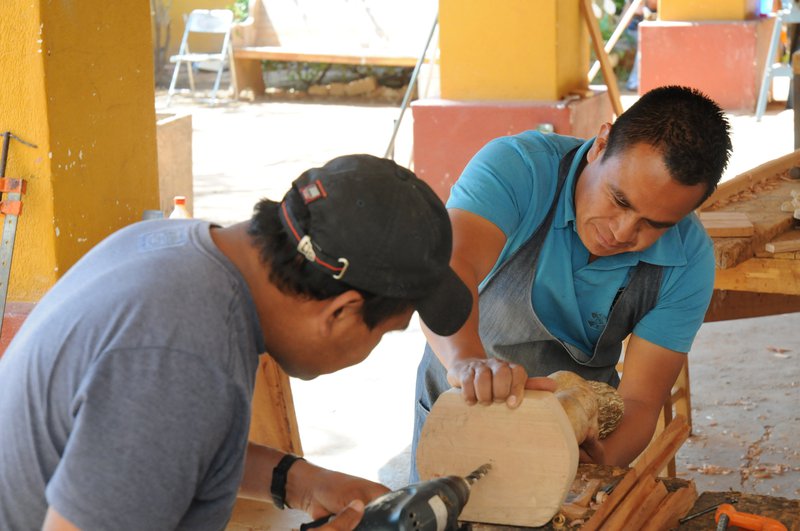 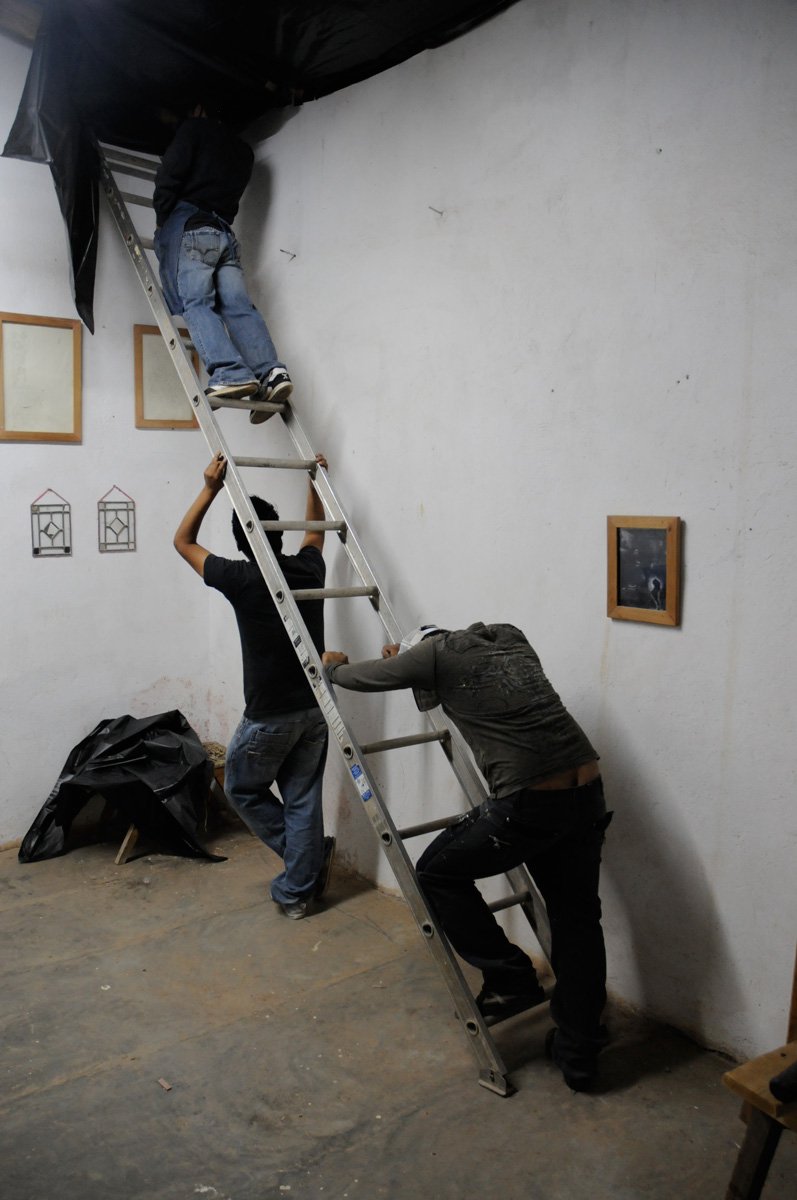 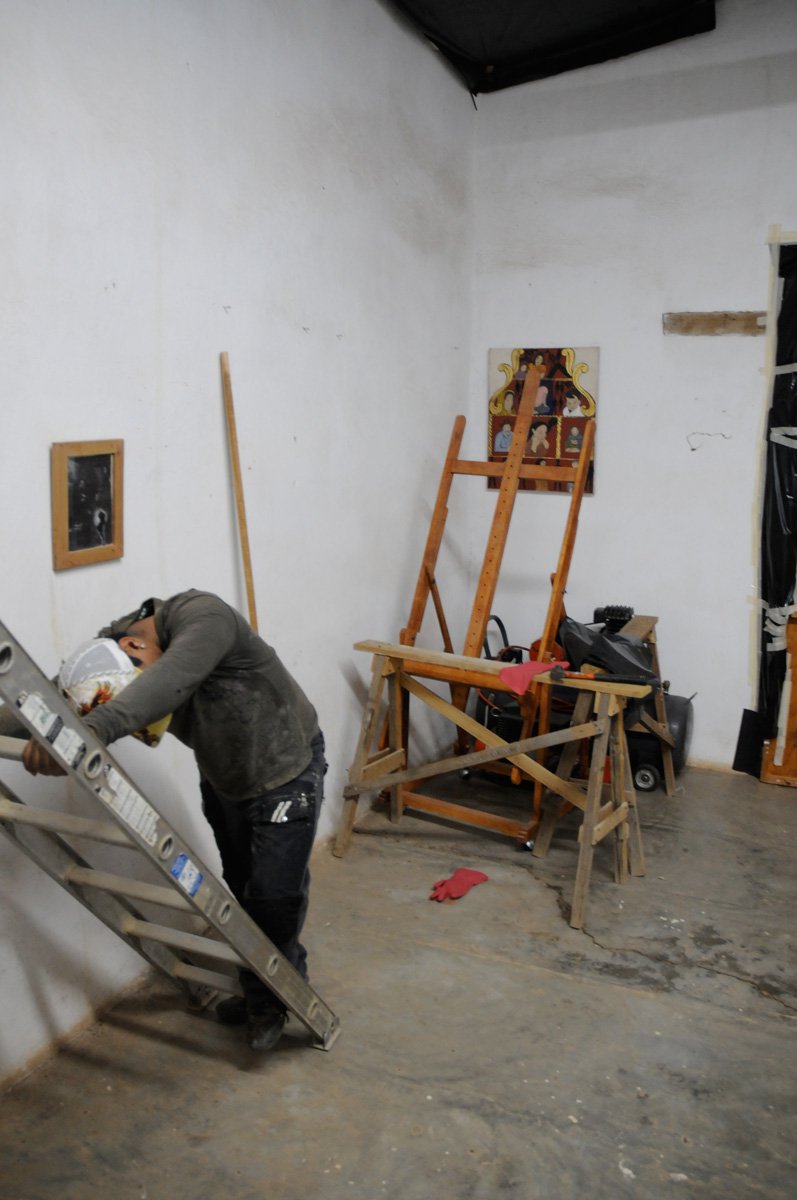 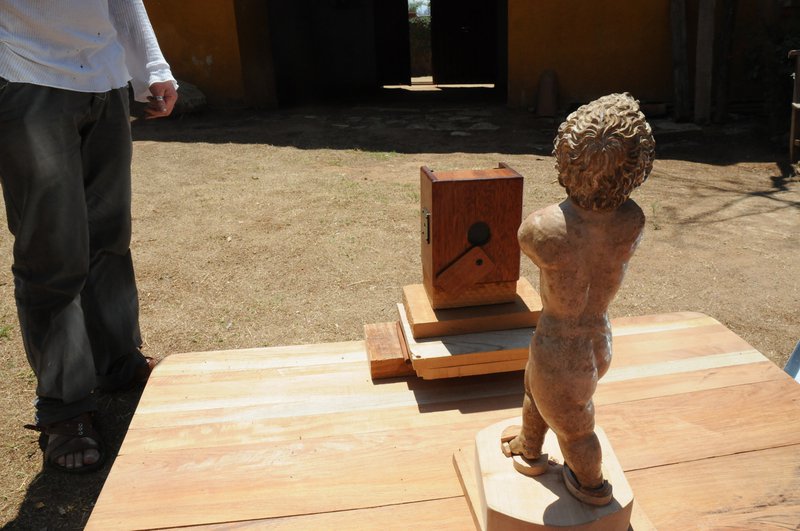 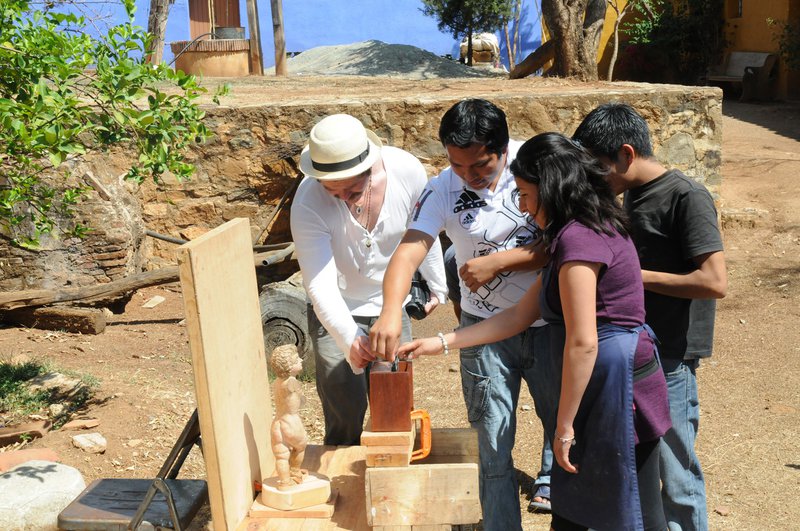 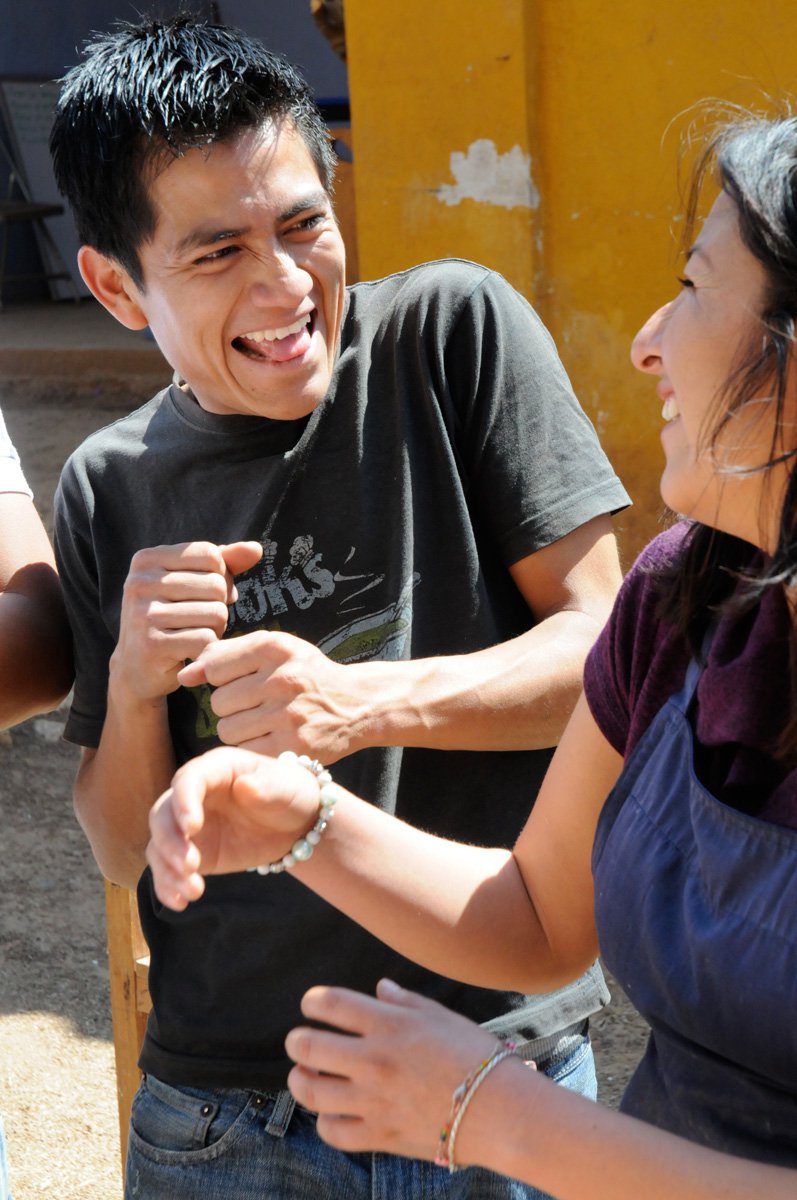 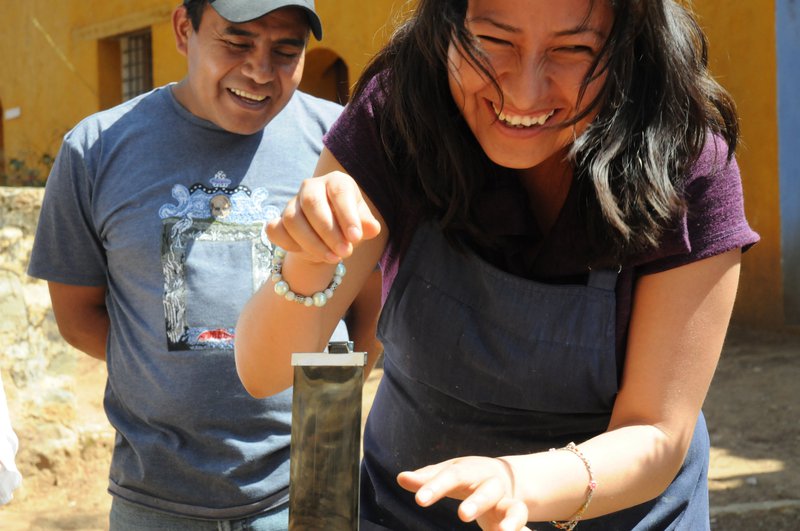 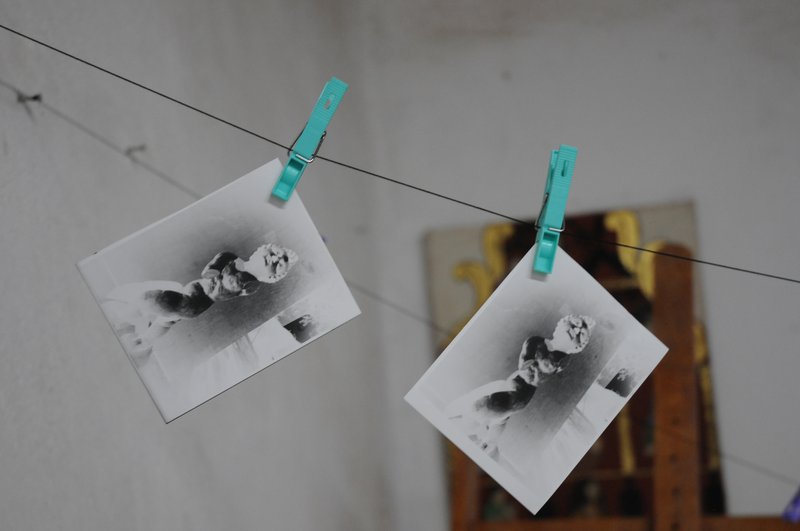 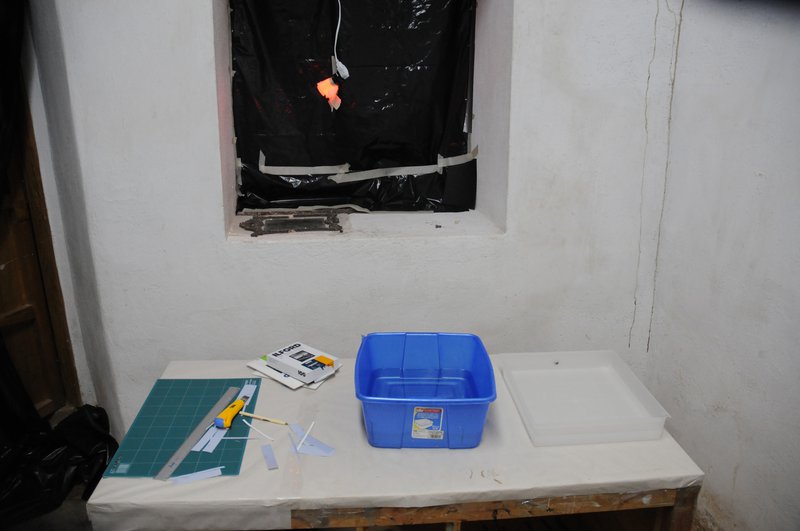 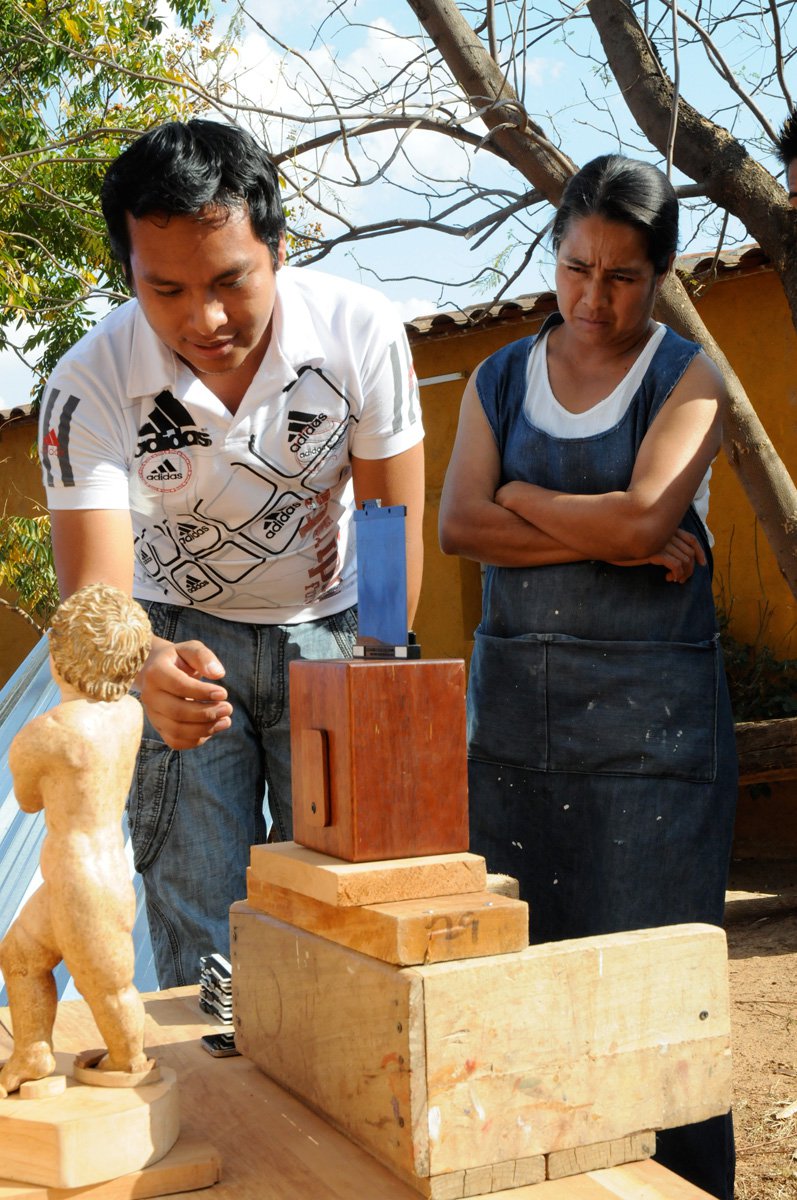 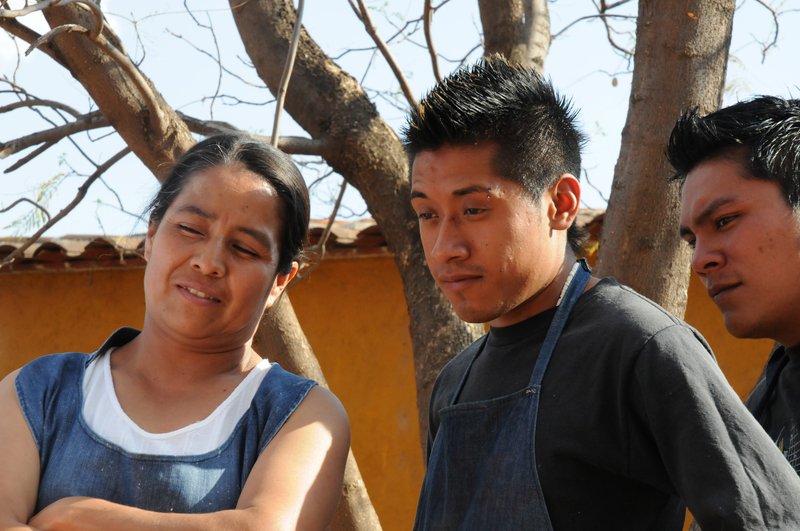 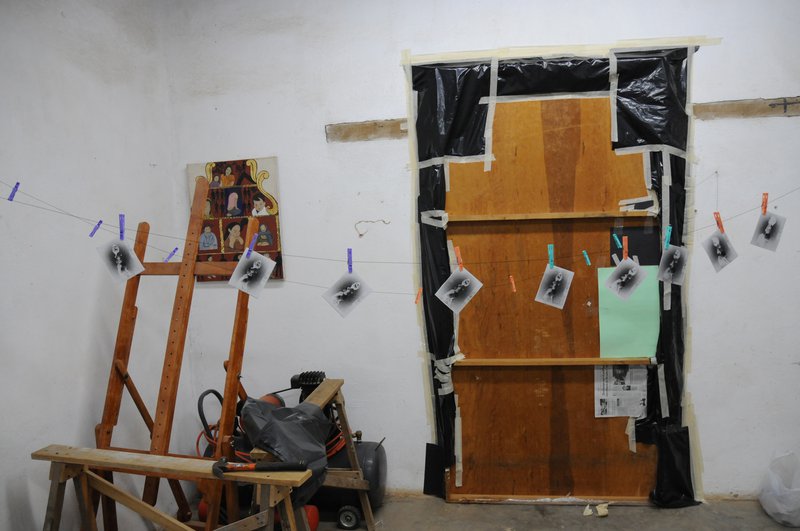 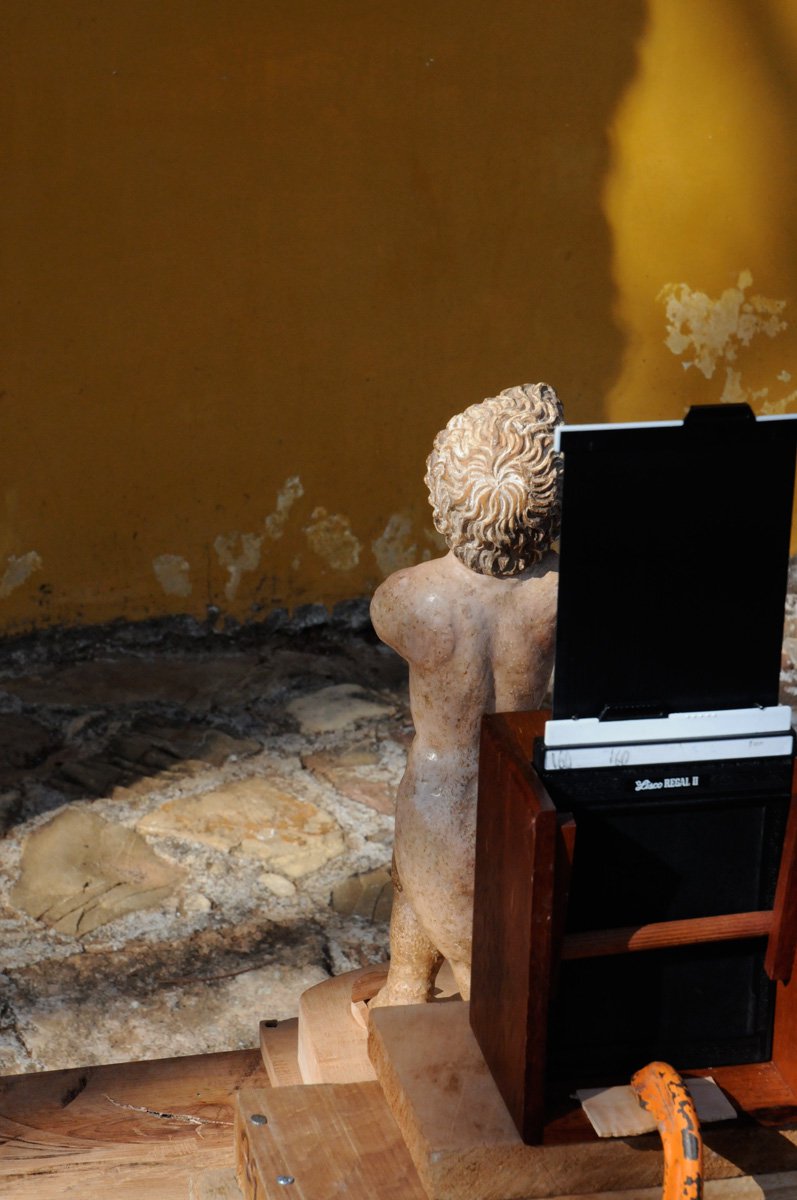 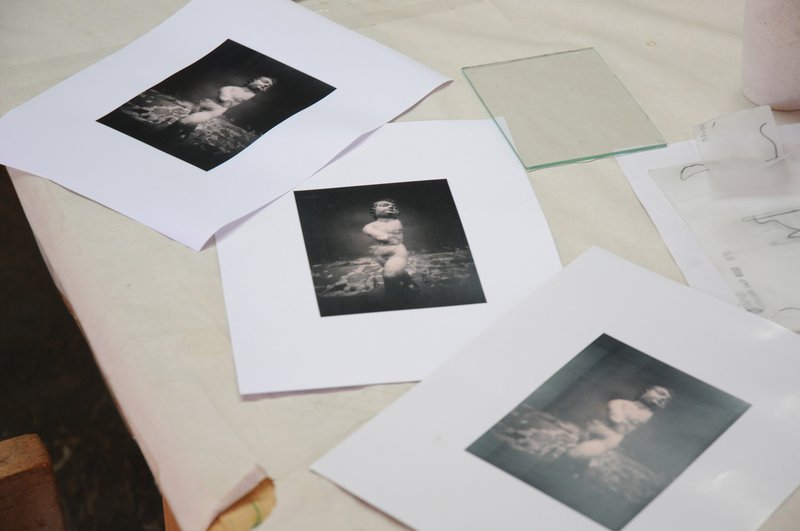 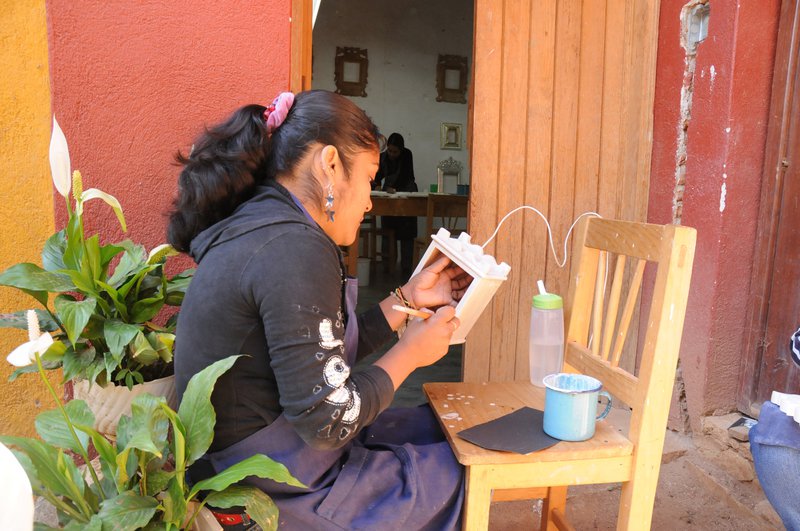 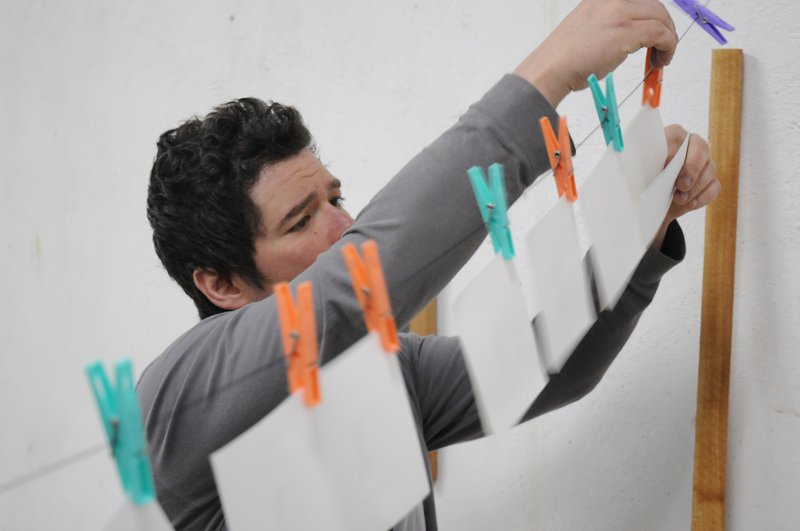 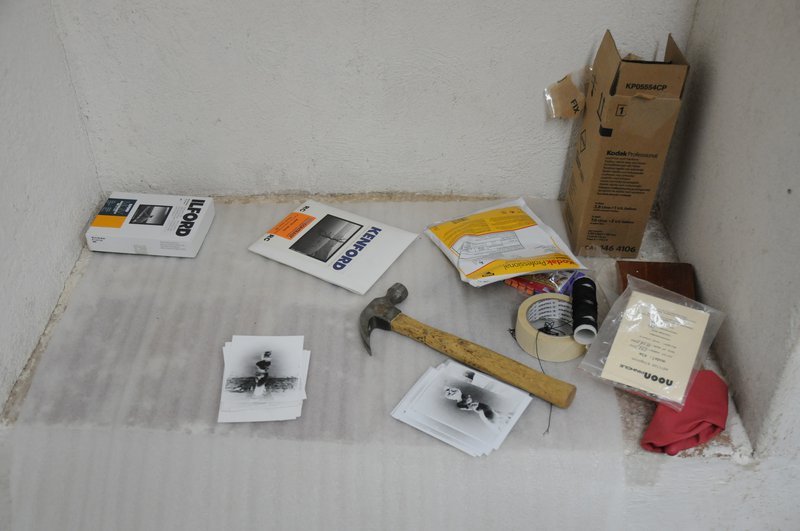 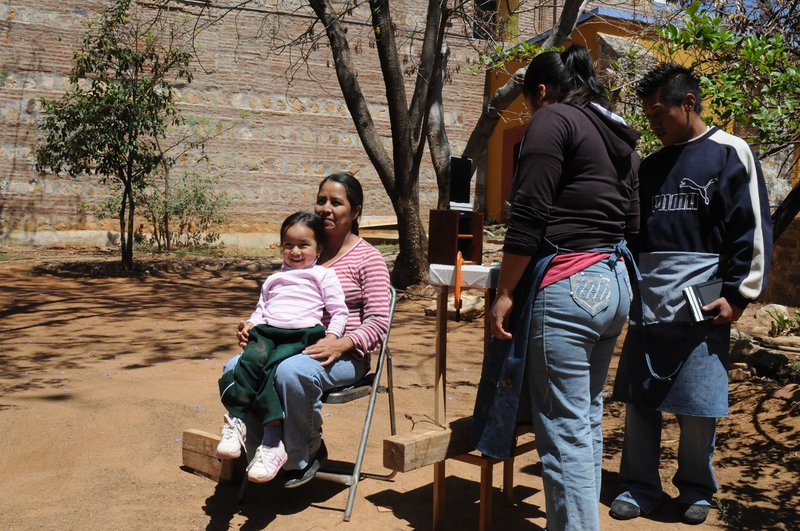 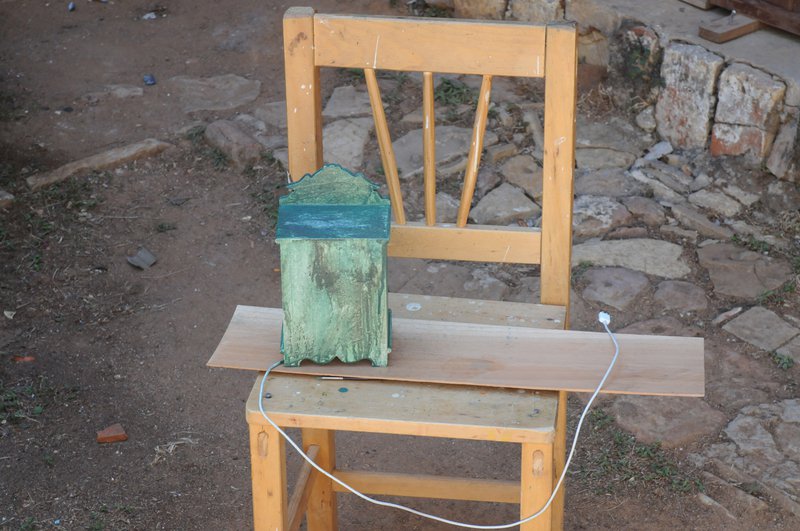 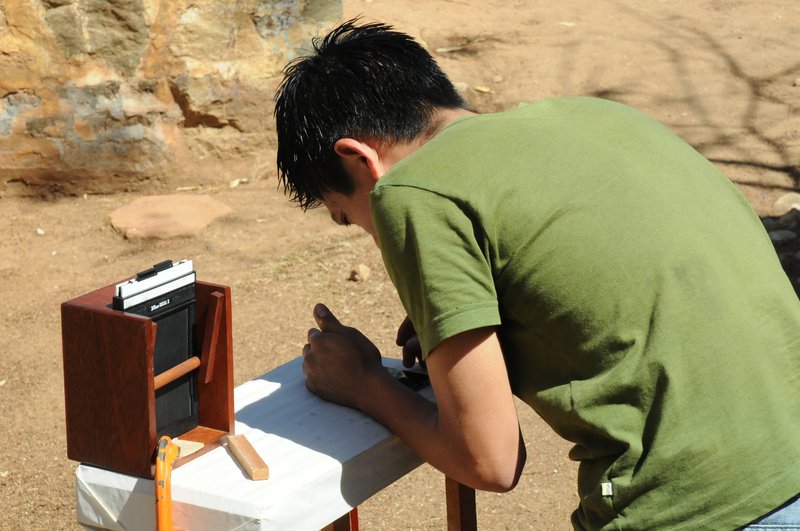 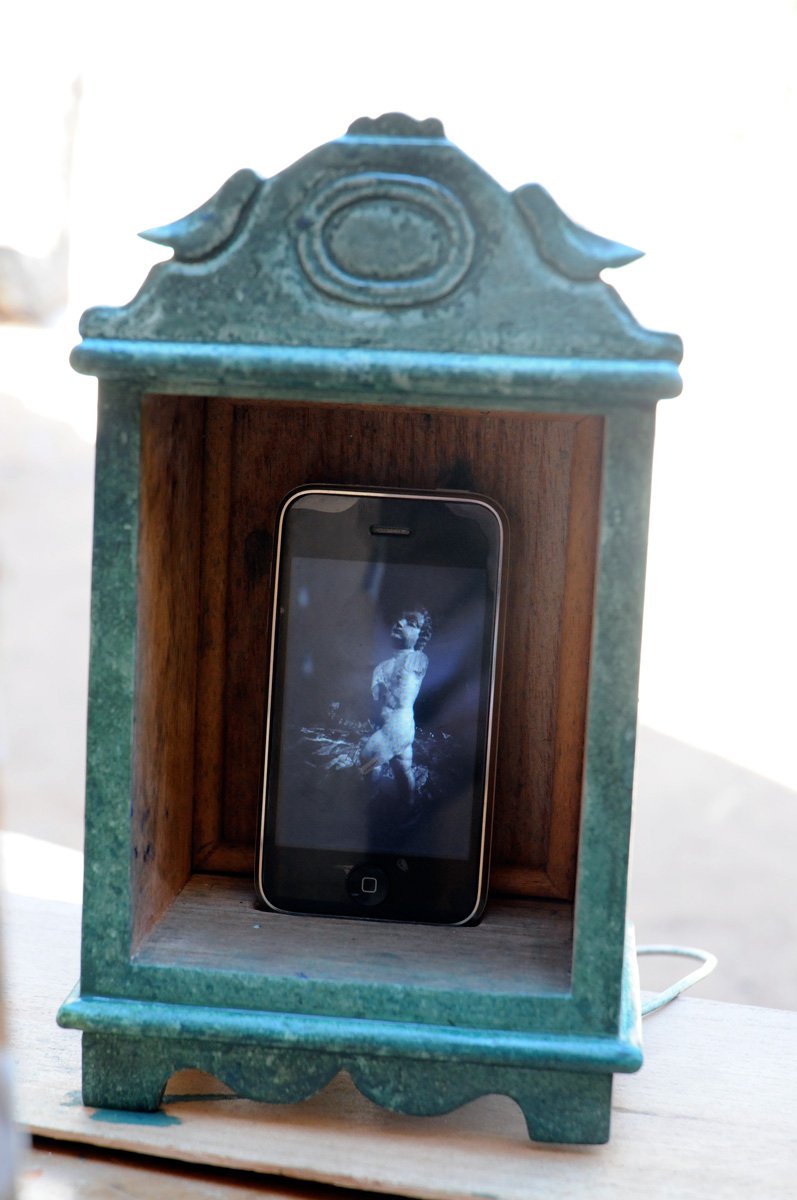