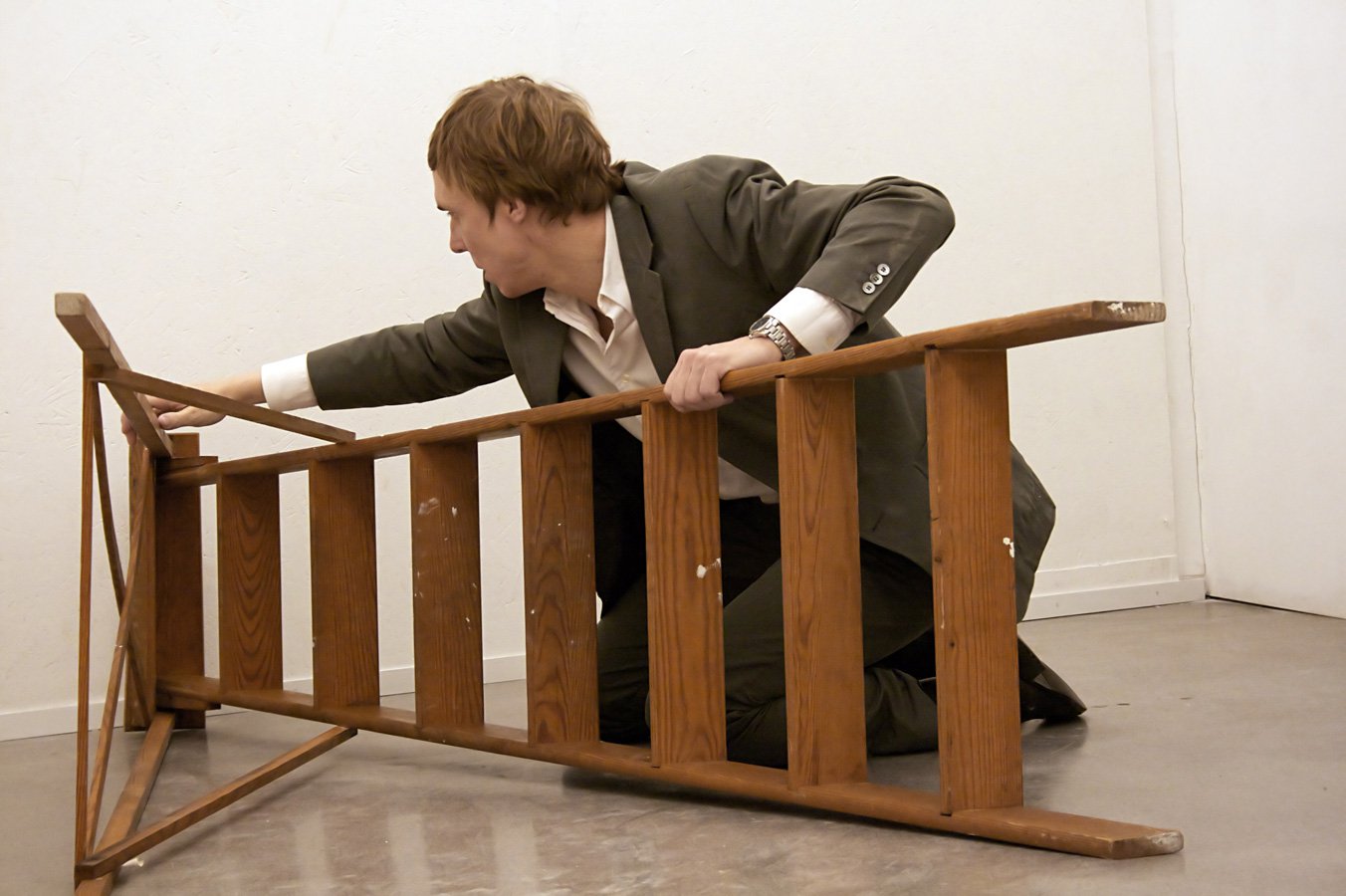 The other as someone one craves, even wishes to be, is presented in René Girard’s idea of ”the mimetic desire”. Girard, a literature critic, historian and philosopher, arranges a relationship triangle: subject, object and mediator. The thought is that the subject’s desire for the object is aroused through the mediator, who is the one with access to the object. What the subject is really searching for is to be the mediator, the complete, the individual which has what one wants to have. An intricate work of ambition and craving.

In the Unreality Installation, Geska Helena Brečević and Robert Brečević have been inspired by these thoughts of ”the mimetic desire”. The longing to be like the other, to have what the other has, is reflected in a carousel of subject, object and mediator. Where, when, how and in what way is up to the observer to gather. The other. Which isn’t me or we, but it, him, her, them. It isn’t normally considered particularly advantageous or amusing to be defined as the other. The other is an awful sort. The savage in Africa. The mystical Muslim. The neighbour who always has a perfectly organised home. The other typically behaves irritatingly abnormal as well. Being homosexual. Wearing weird clothing. Starting conversations with strange people on the subway. Sometimes the other is nothing less than the abject, the repugnant, disgusting. Smells like an armpit! Has a crusty nose! For the philosopher Simone de Beauvoir, the other was similar to woman. Woman as the object, that which deviated from the norm. Not man, basically. However, to the literary scholar, linguist and psychoanalyst Julia Kristeva, the notion includes a meeting. It is first in the meeting with the other that one can begin to discover oneself. That which I understand as strange in the other also exists in me. My existence is dependent upon the other. Here’s how it works: Prior to the installation, an office was built in Hammarby Artport, with a desk, a lamp, a chair and a computer screen on the desk. In collaboration with the choreographer, the actor Simon Norrthon took over the space with the thought that a doppelganger exsisted in a completely identical yet mirrored office on the other side of the wall. This act in the office was recorded in advance. A divided screen was mounted outside the office. The previous recording, now the mirrored-image film which played in a loop, was shown on the right-hand side. That which was taking place in realtime in the real office space was shown on the left-hand side. On opening night Simon Norrthon went into the office to act opposite his previously recorded self. These two versions of Simon were projected on the screen outside the office as well as on the computer screen inside. Simon’s act in realtime was displayed with a 3-second delay.

UNREALITY INSTALLATION 2008 | In collaboration with choreographer Anna Koch with Simon Norrthon as himself and The Other | Live video installation room | Video and photo prints in numbered editions | Simon vs. Simon performance video 1440 x 576 cm for single or double screens, 16:09 min. | 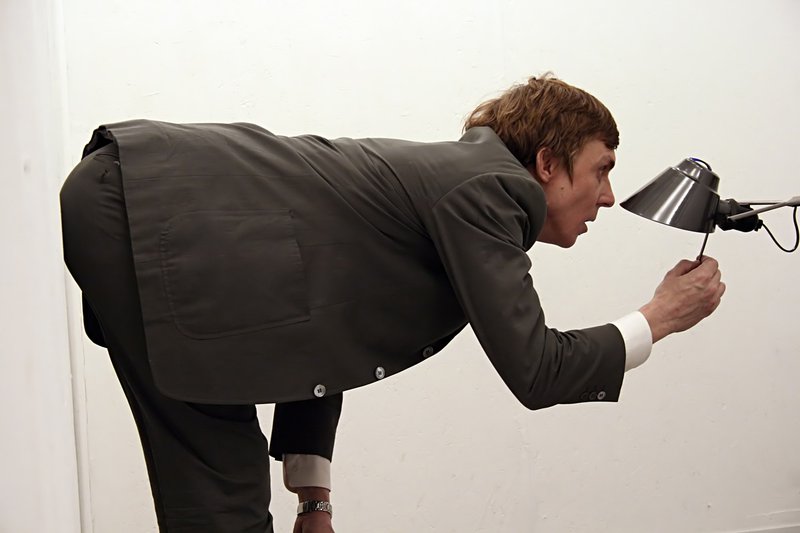 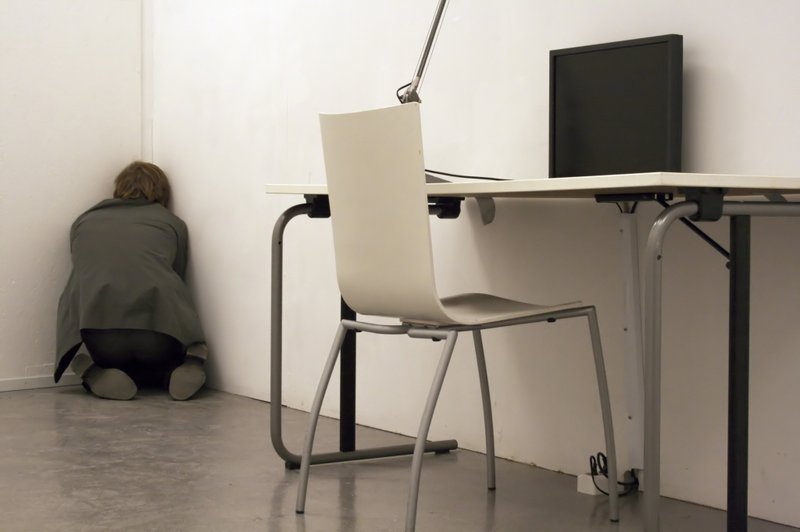 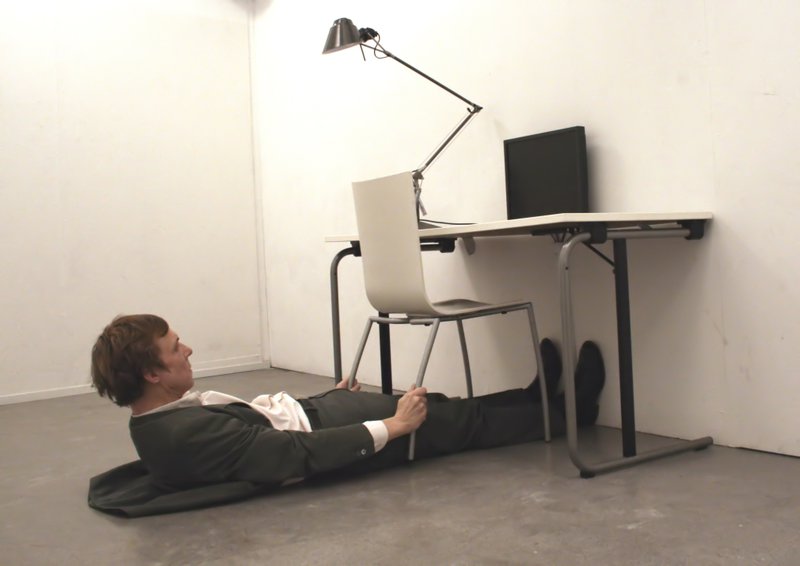 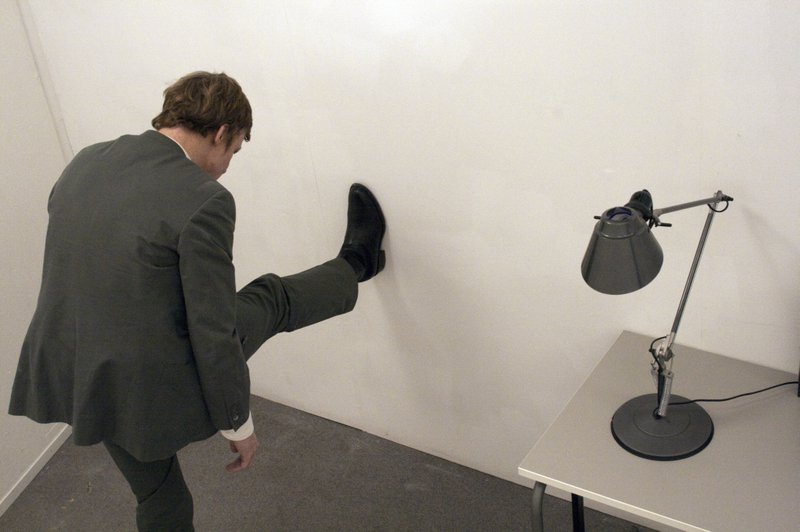 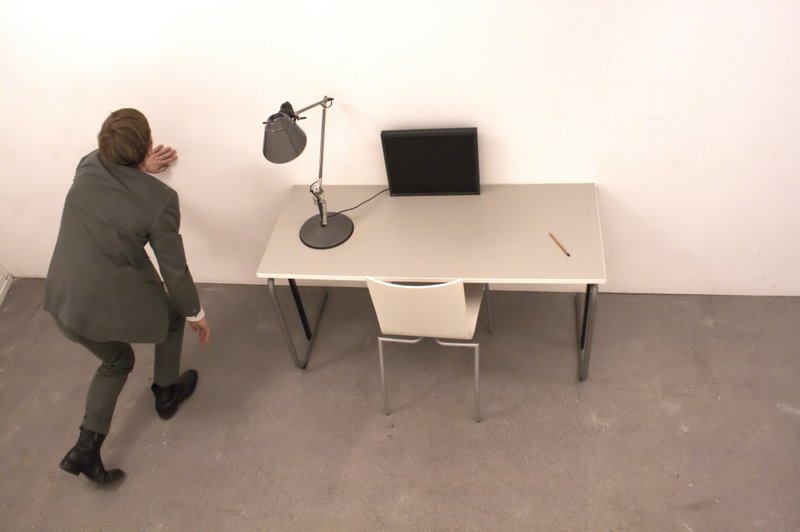