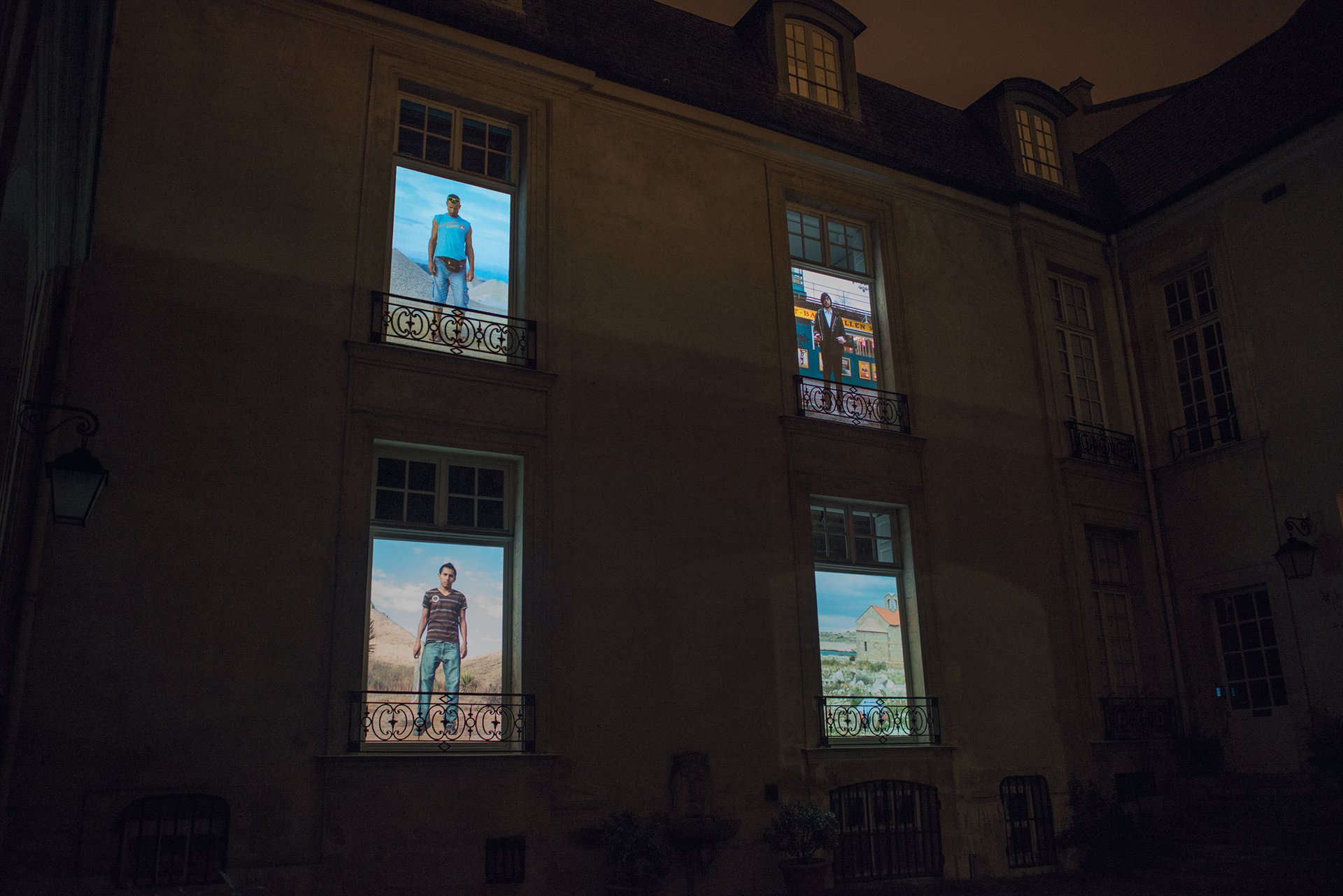 Summer in Paris abruptly ended during this night, but men were still falling. On October 4 2014 Performing Pictures (Geska Brečević & Robert Brečević) was invited to make a unique installation at the Institut Suedois, Paris.

Those who happened to be the vicinity of rue Payenne in Paris on Saturday October 4th, could come and see the piece that defined Performing Pictures. Fittingly the 10 year anniversary of Performing Pictures (Geska Brečević & Robert Brečević) existence was celebrated by showing Men That Fall in the windows of the Institut Suédois Si Paris.

Setting up at Institut Culturel Suédois in Paris we recieved eminent support and help from the ever so nice staff of the Institut Suedois. All projectors running, the sound made the windows of this entire exquisite building shiver. 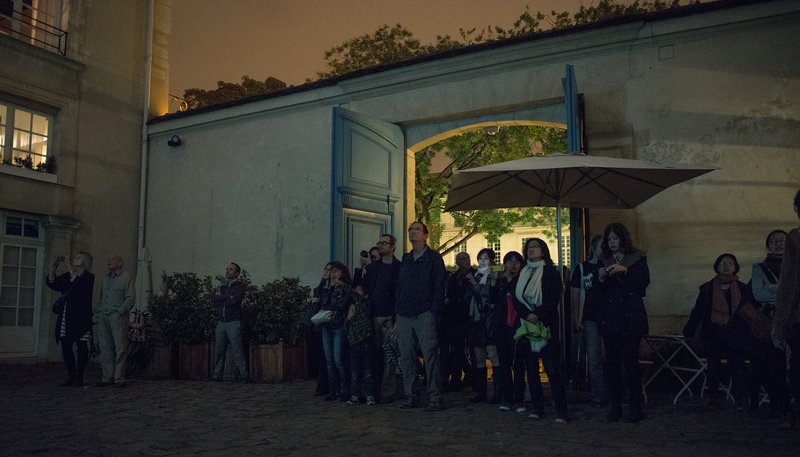 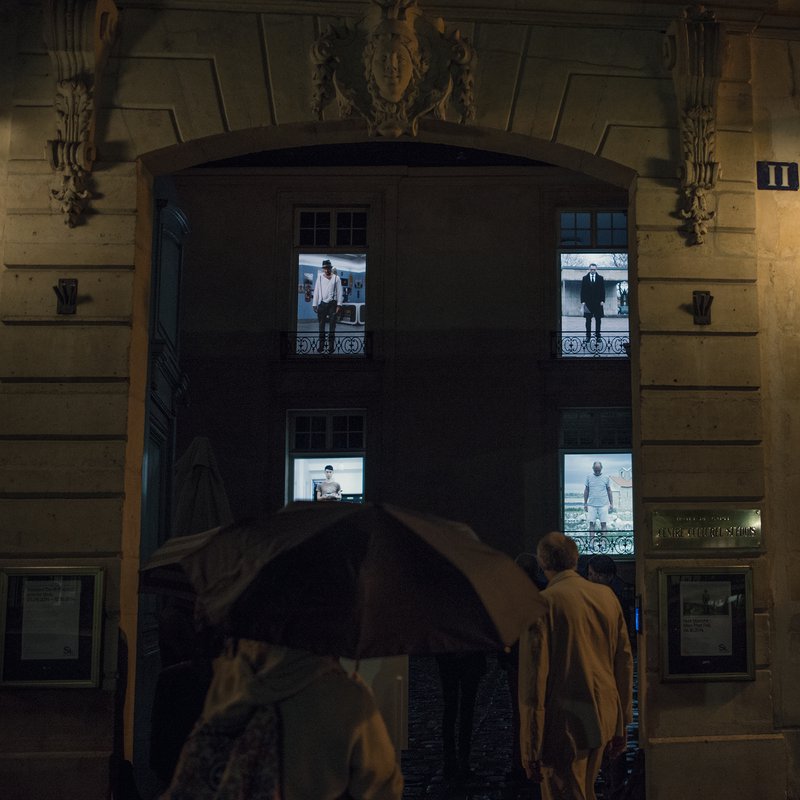 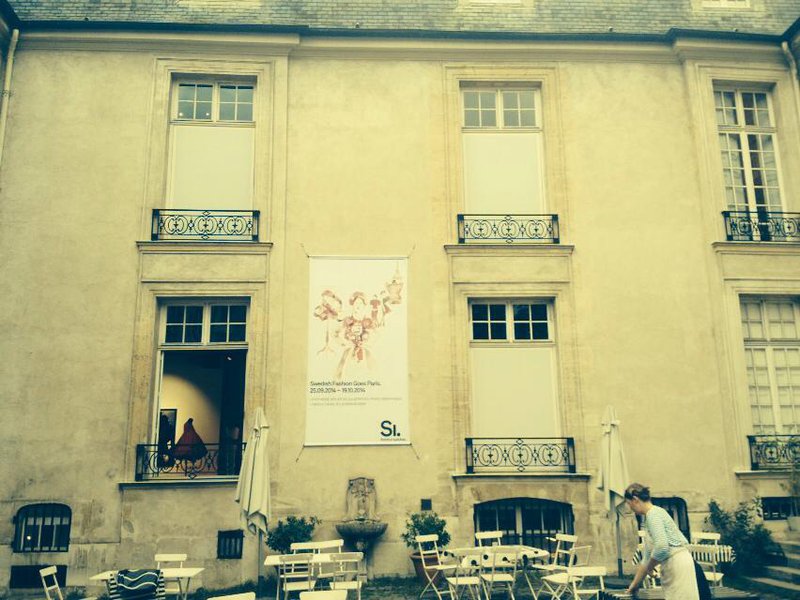 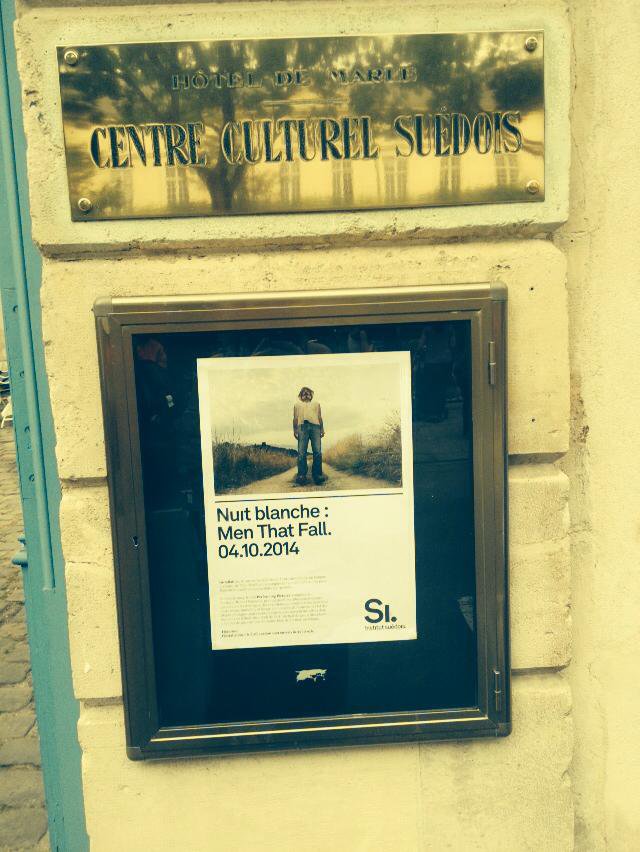