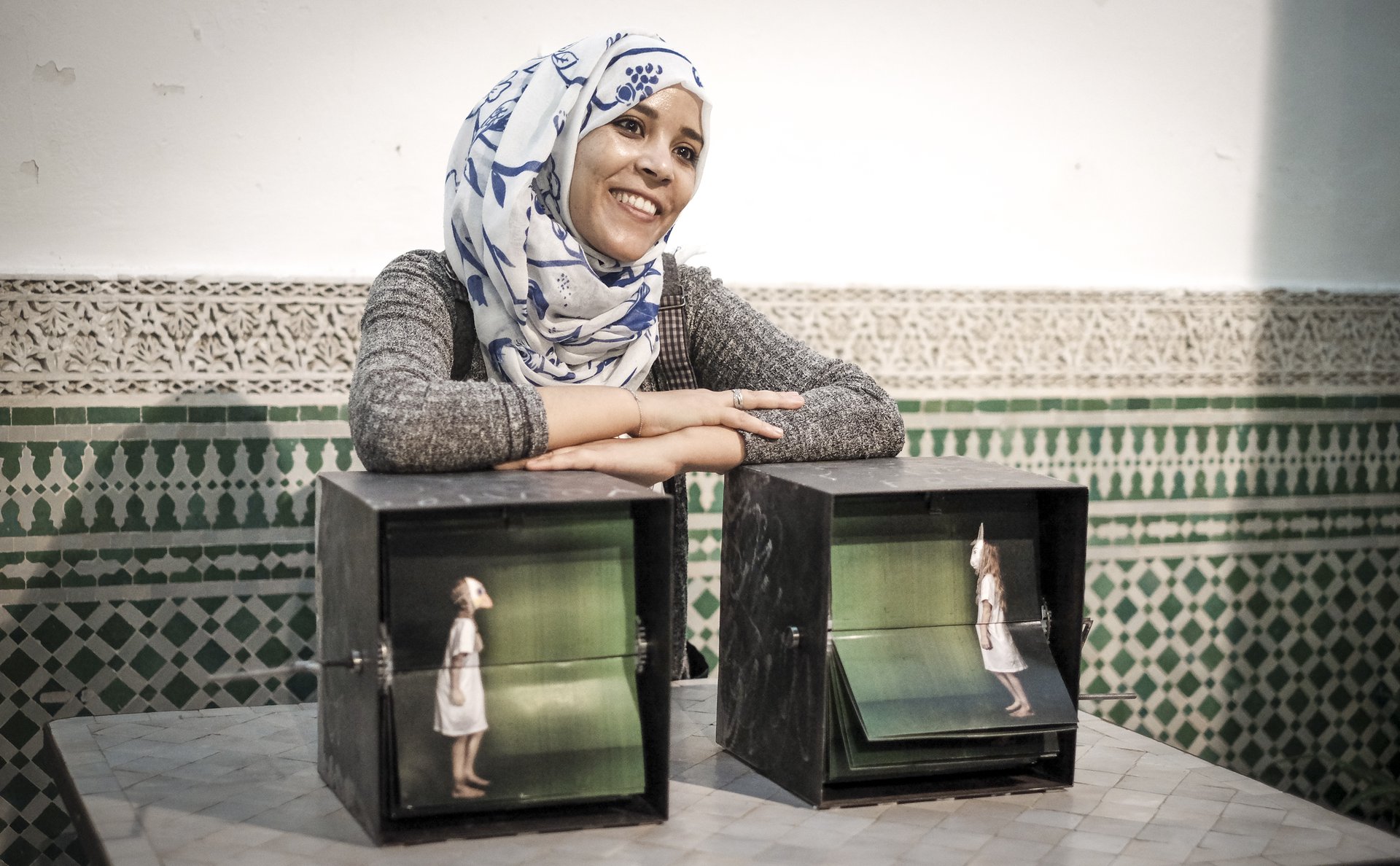 The month of September and October 2017 was mostly spent in Sefrou Morocco, taking part in a 6-week artist-in-residency at AiR Sefrou hosted by Culture Vultures. The residency culminated in a show at the ALC ALIF Photography Club in Fez, Morocco. This is what Nissa Nishikawa wrote about our process in Sefrou, and the two works produced; Boxed Walk Cycle #1 & 2.

Geska Brečević and Robert Brečević are two artists who make the collaborative duo Performing Pictures. Their arrival to Morocco was intended to rouse their deep roots planted in Sweden, Croatia and Mexico. With work produced extensively in environments abundant with artisans, the philosophy of AiR Sefrou resonated and aligned with their community-orientated endeavors yet with an air of the unknown-this being Robert’s first visit to Northern Africa.

In Sefrou, they have discovered a location devoid of ivory towers and pop culture with people connecting to craft opposed to the conceptual or abstract. Questions of value and purpose in traditional craft and the arts, while straying far from the ‘exoticized experience’, have been prevalent for them. Amidst the necessity of this critical perspective, Performing Pictures moved away from any decorative application in their new work and chose to work with two crude metal boxes: a diptych in perpetual motion.

Revisiting the classical technique of the flip book and the hand cranking animation box, the essence of metallic material is presented within. The detailed photographic observations of texture on metal doors are embedded into the animation: projecting the experience of the tactile; the textured.

The movement of these boxes travels from left to right and right to left, implying the Latin and Arabic mode to read. The ebb and flow of the two scripts from this mechanical entity are a gesture of coexistence, yet perpetuating tension as the two shall never meet.

The bare bones of the frames were constructed with Younes Bouhaddoun, a metal worker on the outskirt of the medina. The boxes act as a counterpart to the immaculate white paper applied within that evoke images of fantastical creatures representing the boundless Imagination of the child. The power of her transformation from human to animal is wistfully contained in a box within a box. This remarks again on a relentless motion that never reaches its final objective and the strategy at hand to choose a ‘fascinated indifference’ towards the fundamental oxymoron of life. 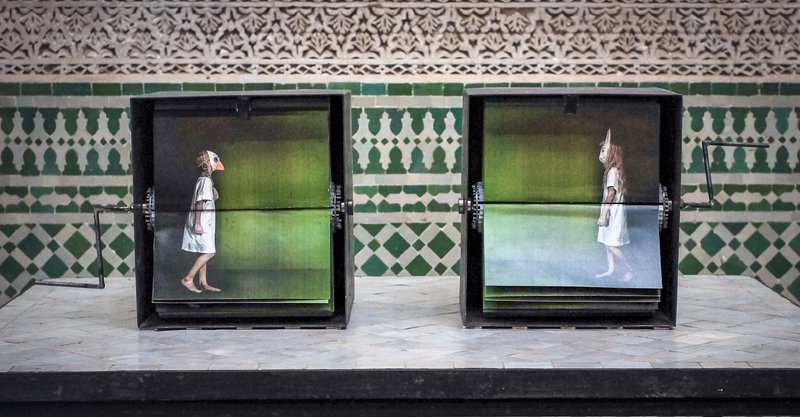 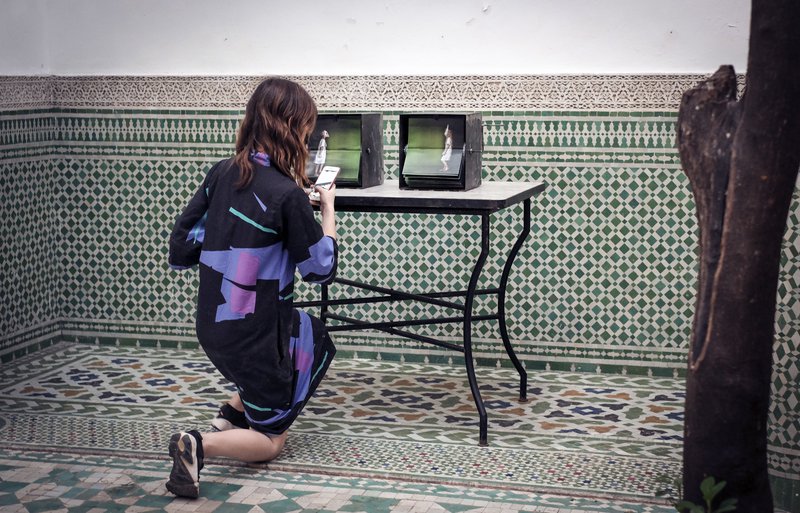 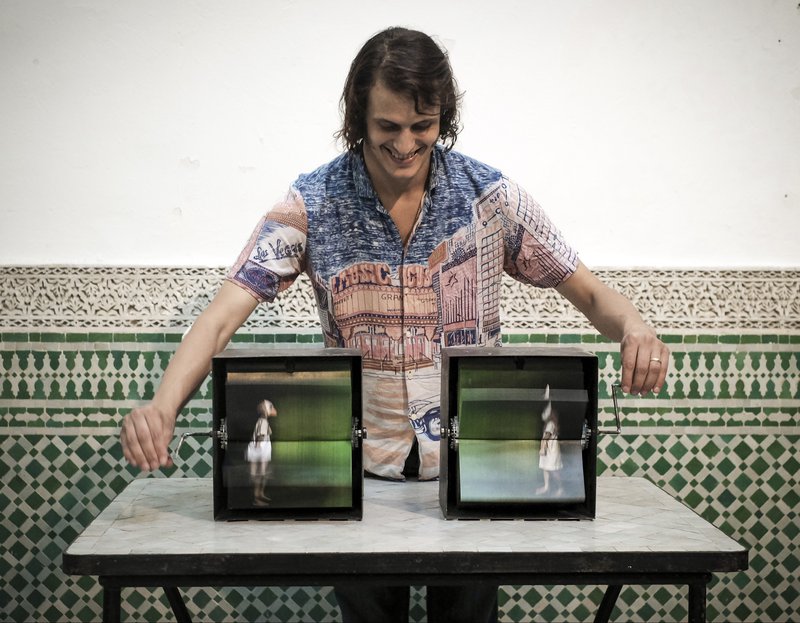 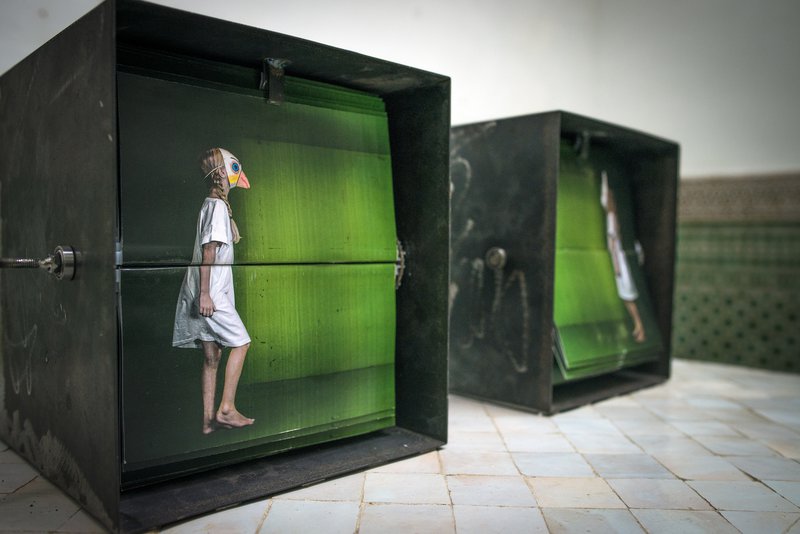